After landing at Ramstein, it felt so good to be off the jet and into the fresh air of Germany.  Walking across the ramp to the awaiting buses, we could see our luggage strapped and netted down to the baggage pallet being unloaded.

We were one of the last families in the immigration line.  A bored German military official in his short-sleeve blue shirt and epaulets sat behind a window and checked our passports.  He had hardly any questions for us and stamped our passports.  We sailed through immigration and went to baggage claim. 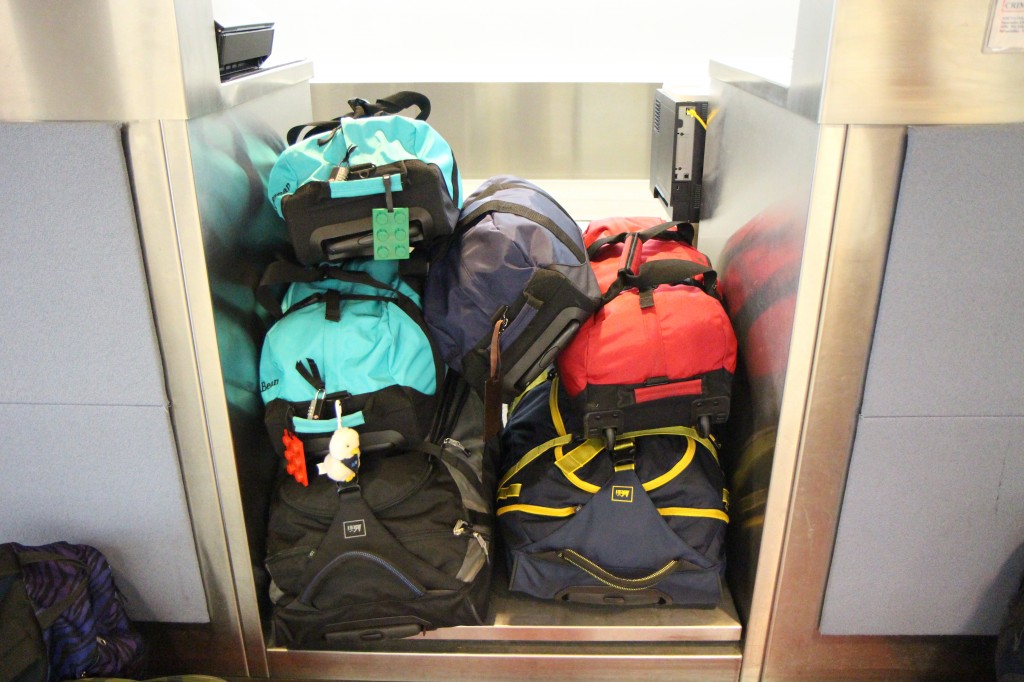 3 thoughts on “Your papers are not in order… (or Fun with Customs!)”