“We are all worms, but I believe I am a glow worm” — Winston Churchill 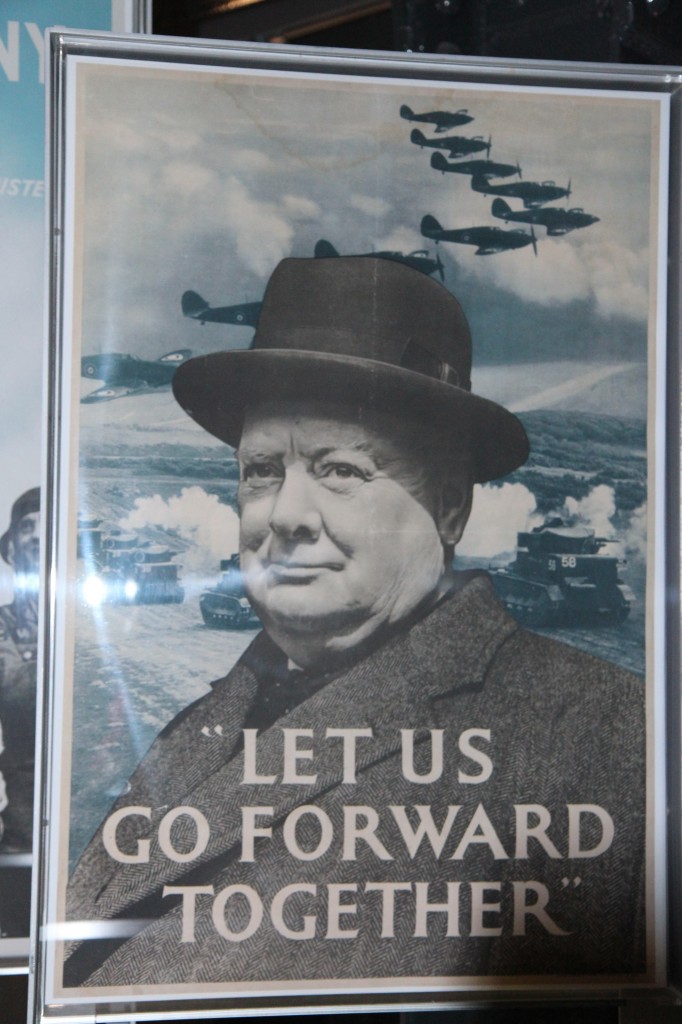 Surely one of the greatest (and controversial) figures of the twentieth century, it is hard not to respect Winston Churchill.  A Boer War correspondent at the age of 25, he was taken prisoner by the Boers in South Africa.  The man who pointed his rifle at Churchill as young Winston reached for his missing pistol was to later become the Prime Minister of South Africa as Churchill was of the United Kingdom.  Though a young civilian, the Boers realized he came from a very prominent British family and treated him as an officer POW, in case he needed to be traded later.  After four weeks in captivity, he managed to escape and jumped trains to get to a local British consul. 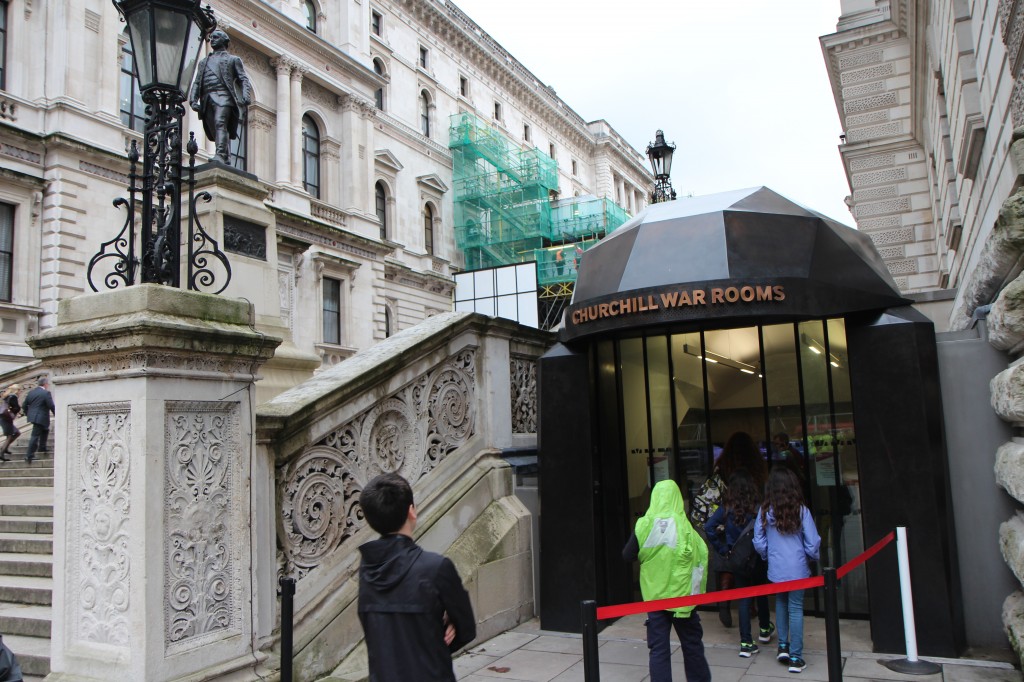 The relatively new Churchill Museum attached to the underground Cabinet War Room tells the story of this determined statesman. 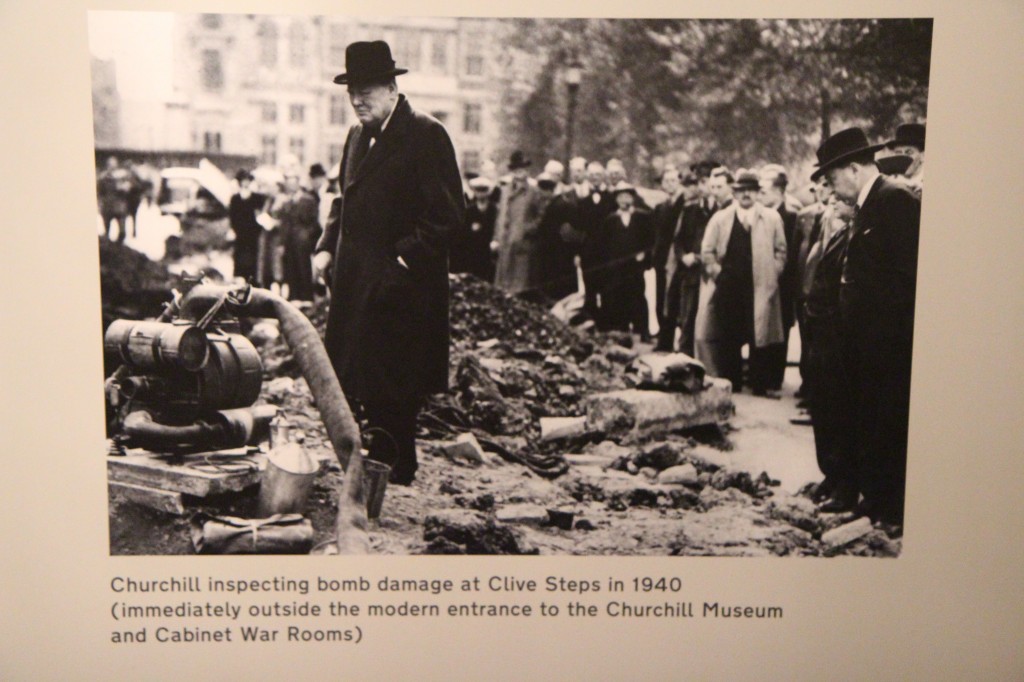 He was not without controversy, as a planner in WWI he helped prepare the failed Gallipoli campaign that led to more than a quarter million Allied casualties.  He bought into the idea of eugenics.  His decisions in WWII led to the RAF campaign of firebombing German cities.

He demonstrated inspiring resolve when it was needed and clear vision.  He came up with the idea of a “United States of Europe” and of a European court for human rights.  He said that the Brits would win once the Americans joined the war.

His words lent strength to the British people as they faced Germany through the Battle of Britain and the Blitz after Poland, Czechoslovakia, Holland, France and other nations had been vanquished.   “We shall defend our island, whatever the cost may be, we shall fight on the beaches, we shall fight on the landing grounds, we shall fight in the fields and in the streets, we shall fight in the hills; we shall never surrender and even if, which I do not for a moment believe, this Island or a large part of it were subjugated and starving, then our Empire beyond the seas, armed and guarded by the British Fleet, would carry on the struggle, until, in God’s good time, the New World, with all its power and might, steps forth to the rescue and the liberation of the Old.”

His political career was ruled officially over at least twice and still he came roaring back.  He was prime minister then, incerdibly, lost reelection just after the war.   But he bounced back to win election as prime minister again in 1951.  After his time as PM, he became a member of parliament (MP) and served as an MP until six months before his death at age 90.

He had a unique fashion sense and sometimes met world leaders wearing a kind of robe and slippers.  He even made up a kind of flight suit that he could sleep in and jump up to meet others.

As a writer, among his many contributions are the six-volume “The Second World War” and the four-volume “A History of the English Speaking Peoples.”  He was awarded the 1953 Nobel Prize for literature.

In 1963, President Kennedy proclaimed him the first honorary citizen of the United States.  In 50 years, we’ve only added seven more, including Mother Theresa.

His quotes are all over the museum, surely you’ve heard the exchange with Lady Astor.

Lady Nancy Astor: “If you were my husband, I’d poison your tea.”

Churchill: “Madam, if I were your husband, I’d drink it.”

He also imbibed copious amounts of alcohol.  When sent to the front lines of the Boer War he felt compelled to bring 36 bottles of wine, 18 bottles of scotch, and 6 bottles of brandy.

The Cabinet War Room (CWR) displays an archive of how the British High Command functioned in London during the war. 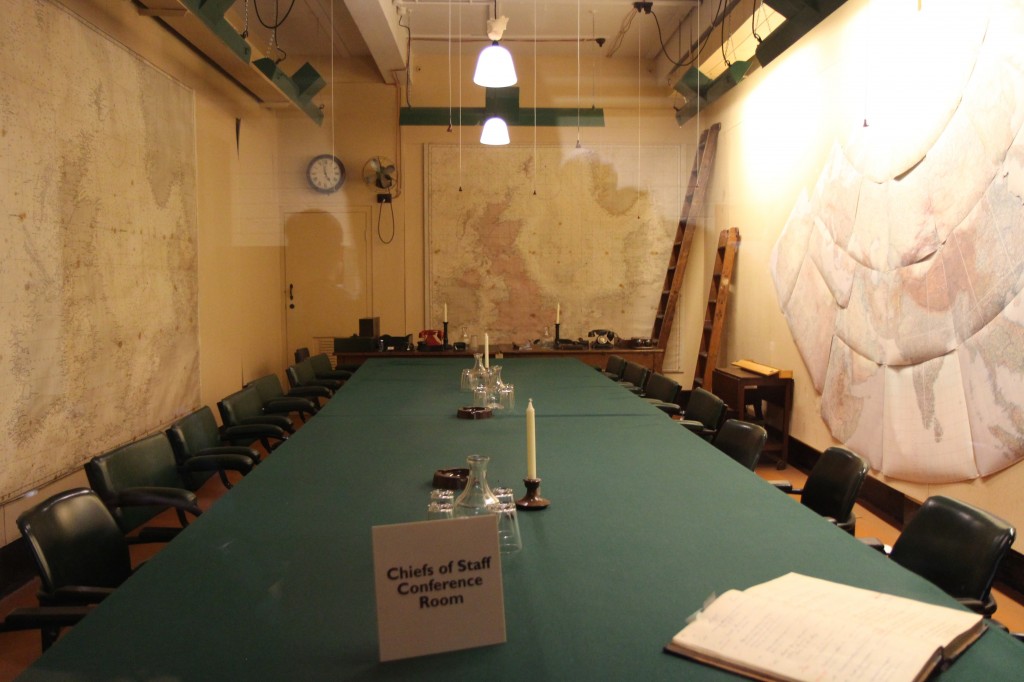 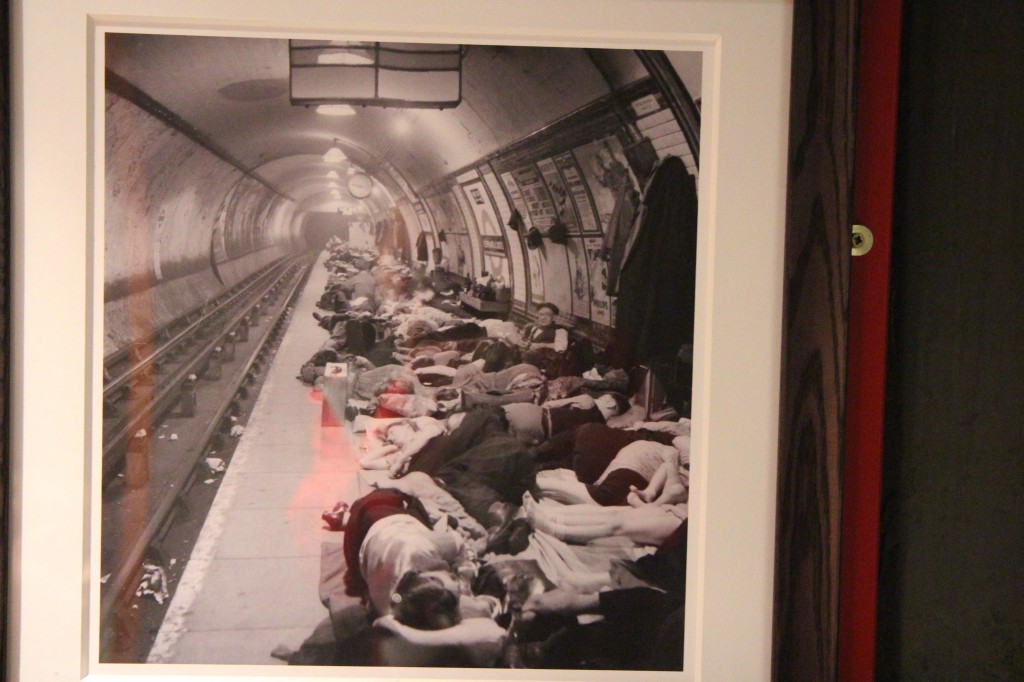 [Londoners sleeping in a tube station to avoid German bombing]

To keep its location secret all deliveries were sent to George Rance who made all the furniture orders for the larger governmental offices on Whitehall Rd.  The picture shows him changing the weather sign as German bombings of London would prompt a weather change to “Windy”. 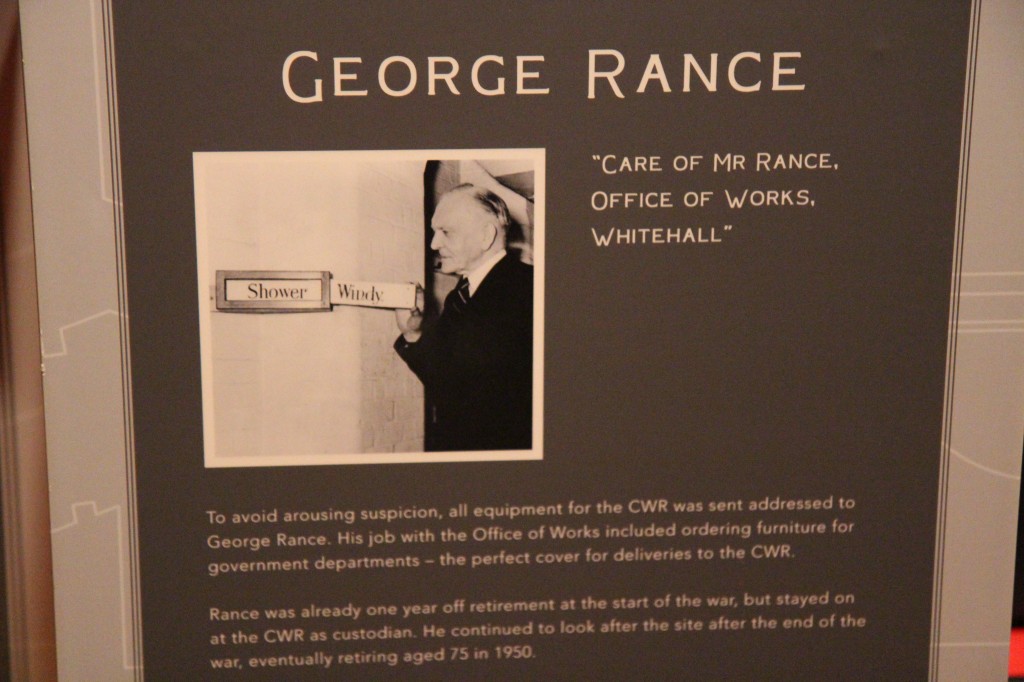 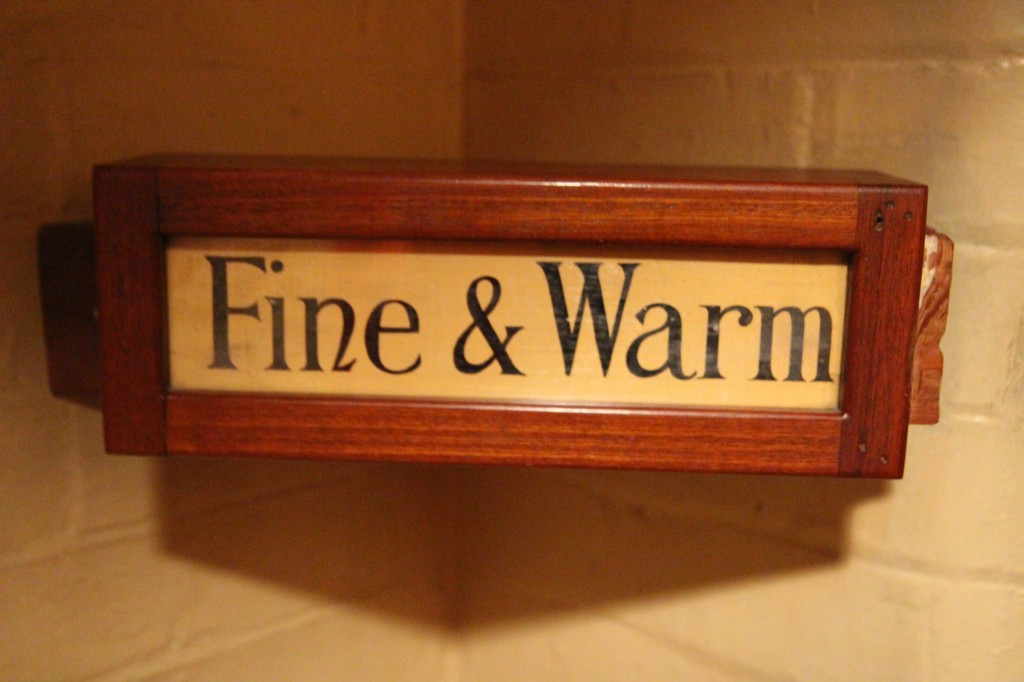 The roof was not as hardened as you would guess. The Brits did have the roof steel reinforced during the war but it was never actually bombproof.  British intelligence managed to keep the CWR’s location secret despite construction workers bringing in the steel and rebar to strengthen the facility.  Churchill did not prefer to skulk about and was known to even go up on the roof of No. 10 Downing Street during air raids. 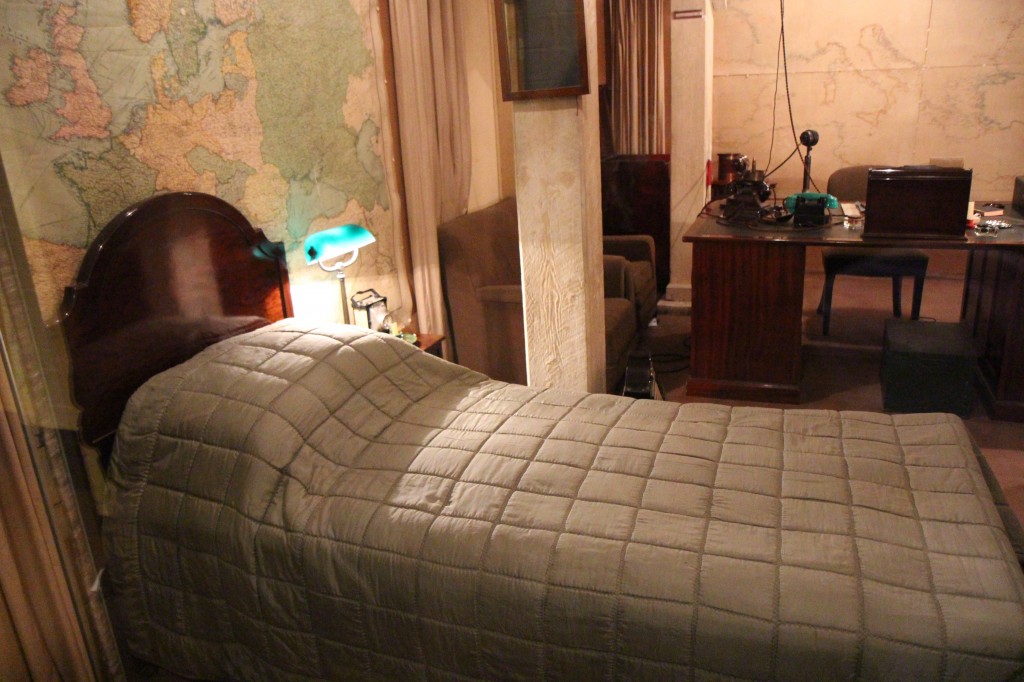 Wall charts display all the practical matters of the British view of the war—shipping tonnage and bombs dropped among other measures. 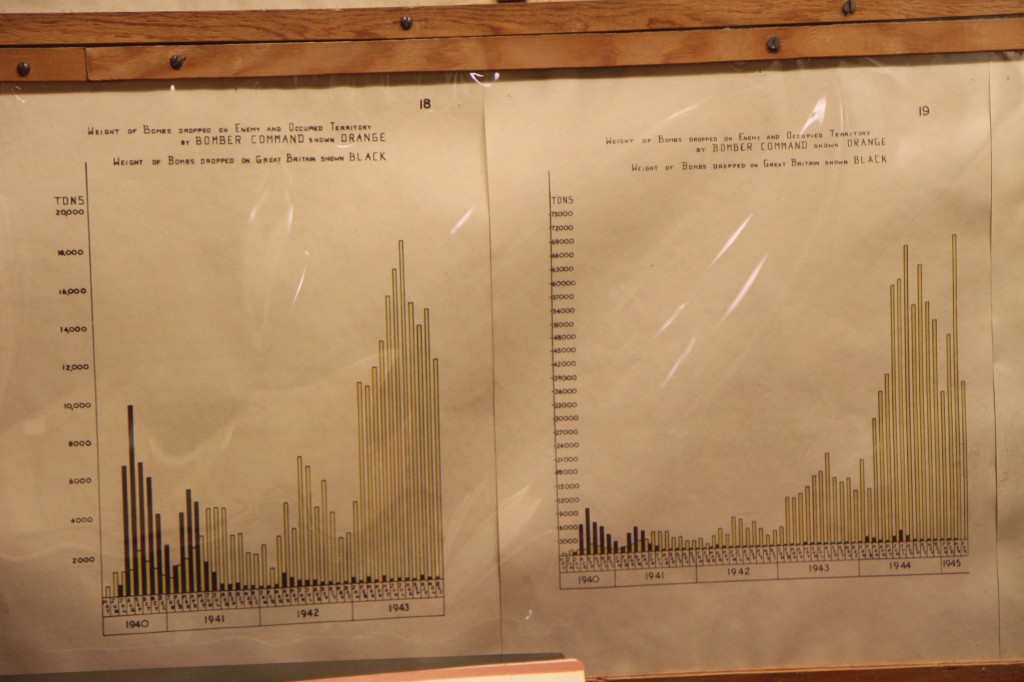 In the Map Room, the informational hub of the CWR, everything is as it was when the lights were switched off on 16 August 1945. Wartime maps cover the walls and the rationed sugar cubes found in an envelope are still on a staff officer’s desk drawer.  The thousands of tiny pinholes plotted the progress of Allied ships across the Convoy Map. 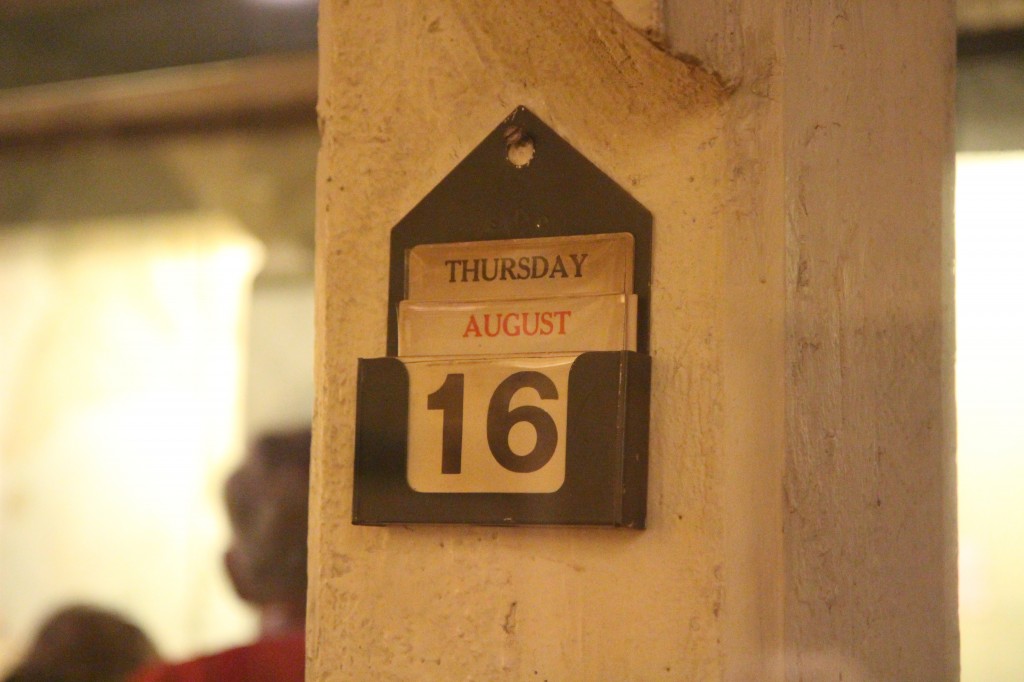 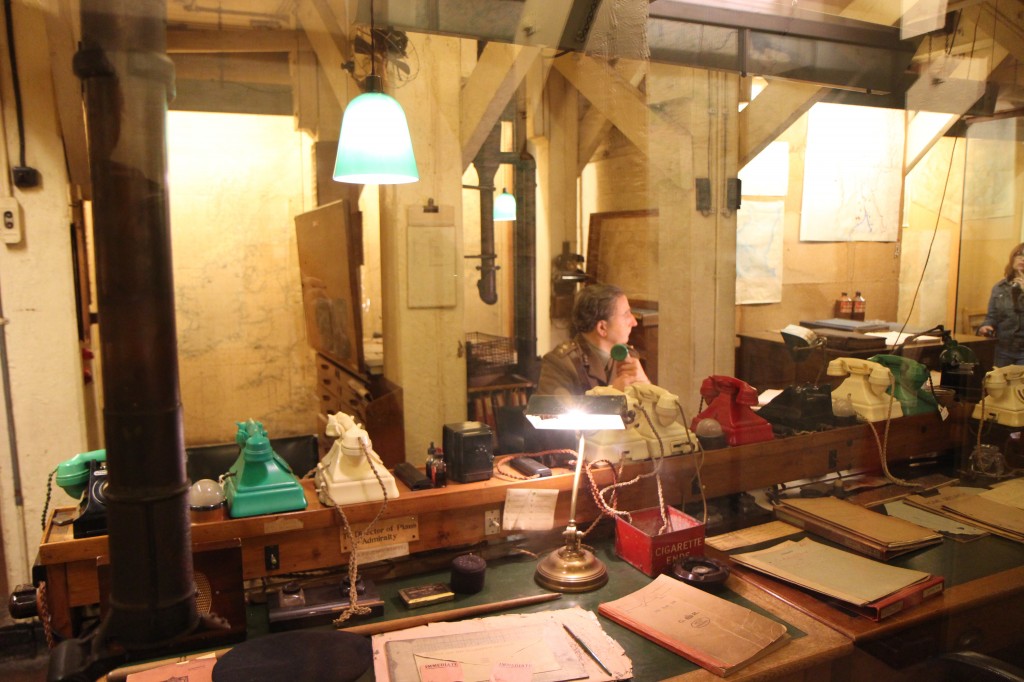 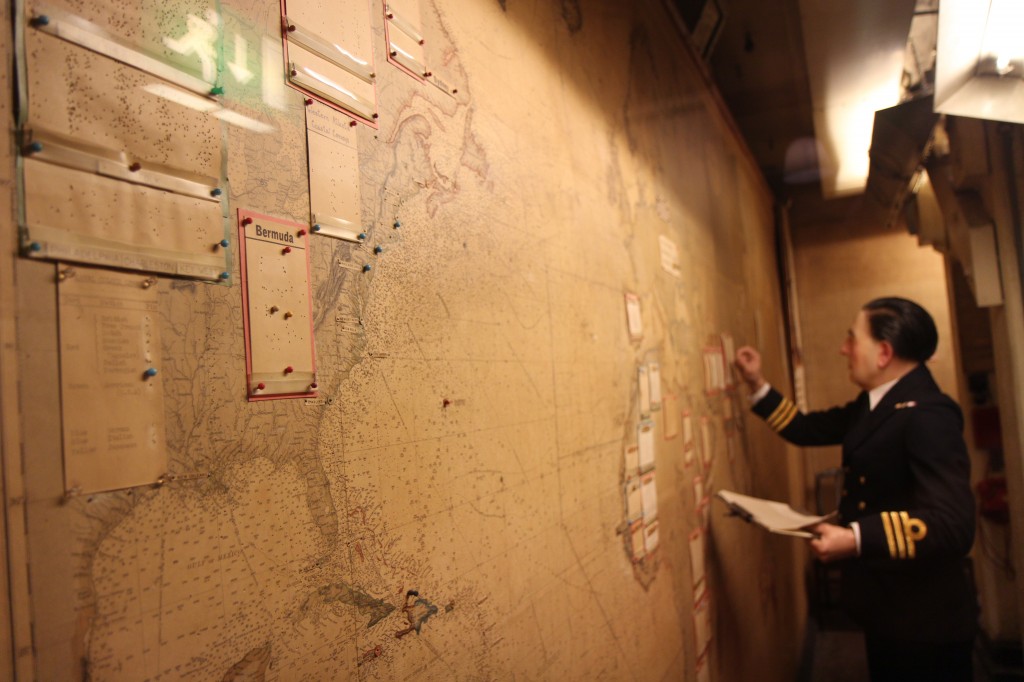 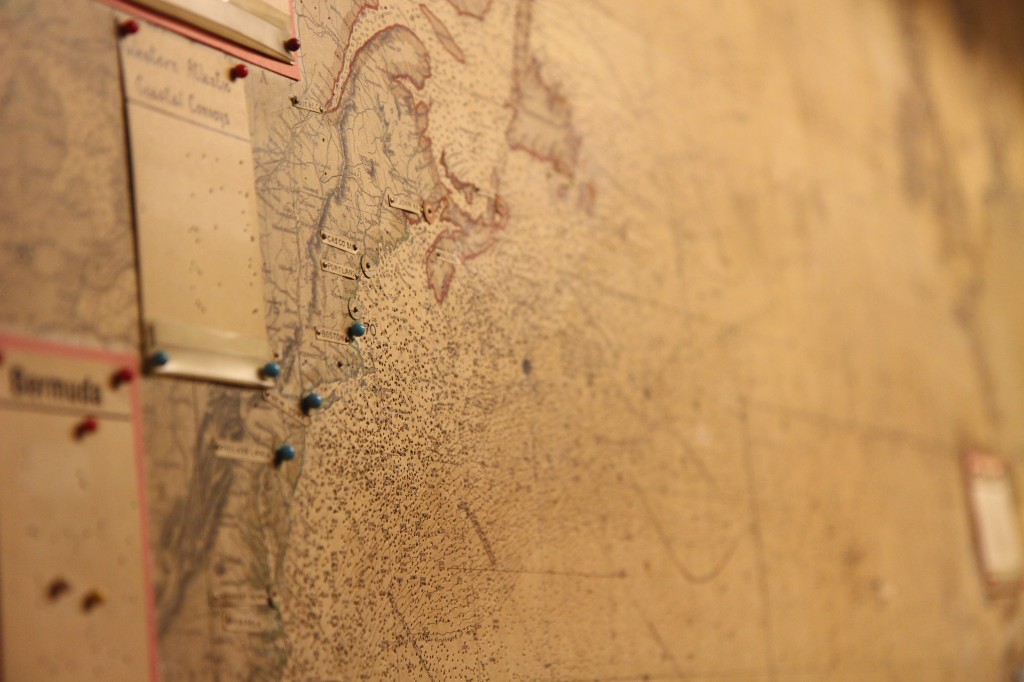 A short tube ride away, Piccadilly Circus is London’s answer to Times Square.  Oversized video screens (though not quite as overpowering as New York’s) and people hanging out at Cupid’s fountain fill the place with a continual energy.  The NFL banners hanging above advertise the NFL games played in London.  Strange and oddly comforting to see so many American flags prominently displayed. 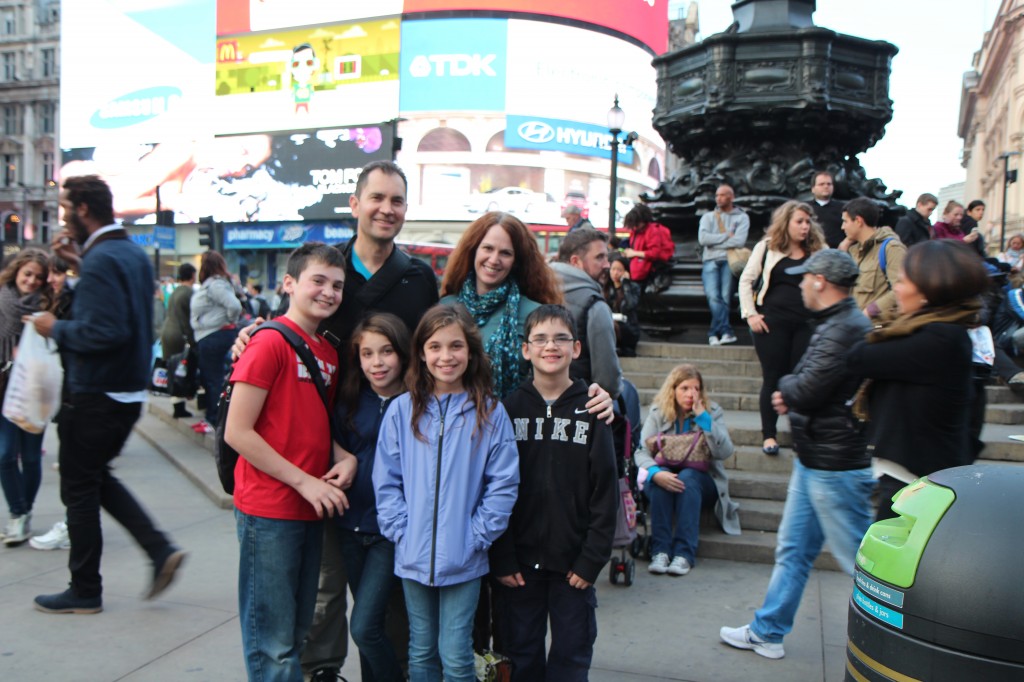 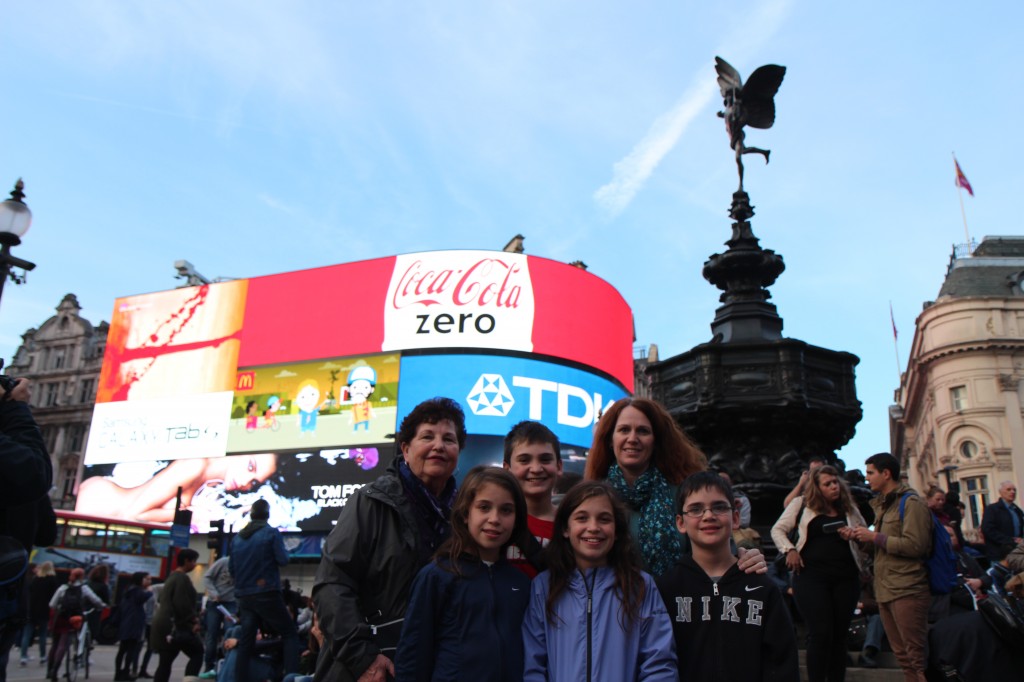 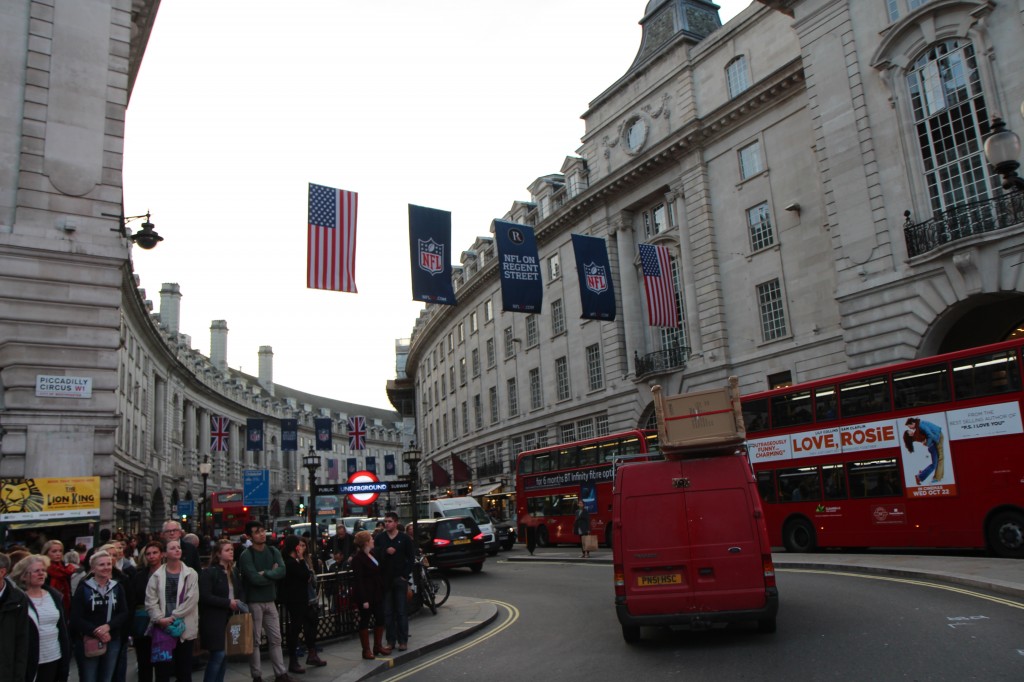 The kids hung in there for some real history and so we had to visit London’s most well-known toy store, Hamleys.  Founded in 1760 as a small toyshop, Hamleys moved to Regent Street in 1881. Seven floors are filled with every conceivable toy and playrooms of the royal family have vibe stocked from this shop. 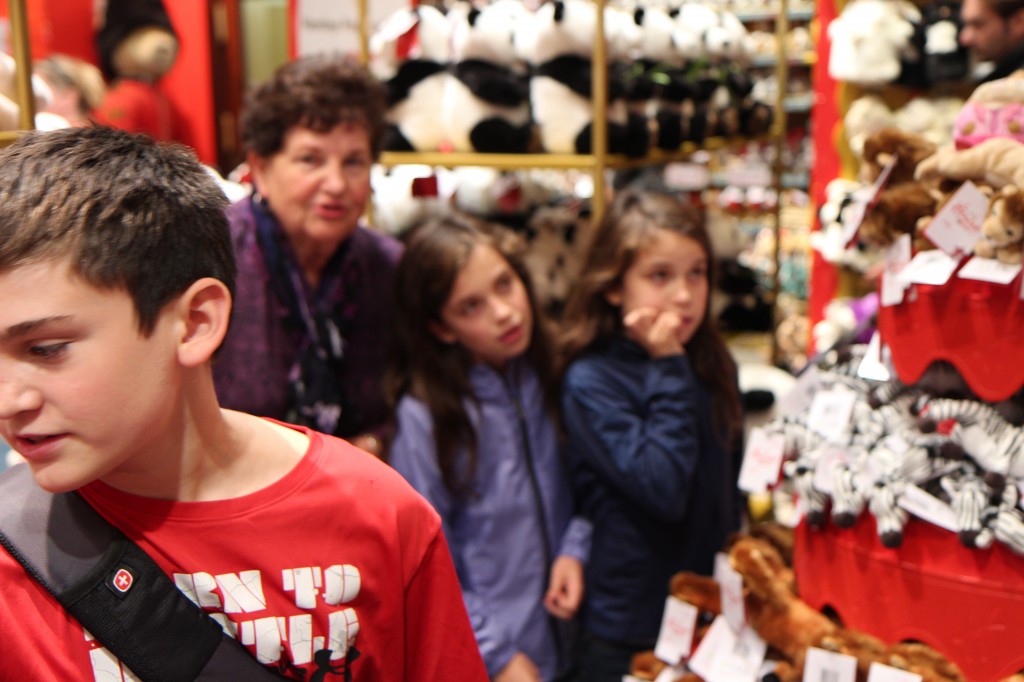 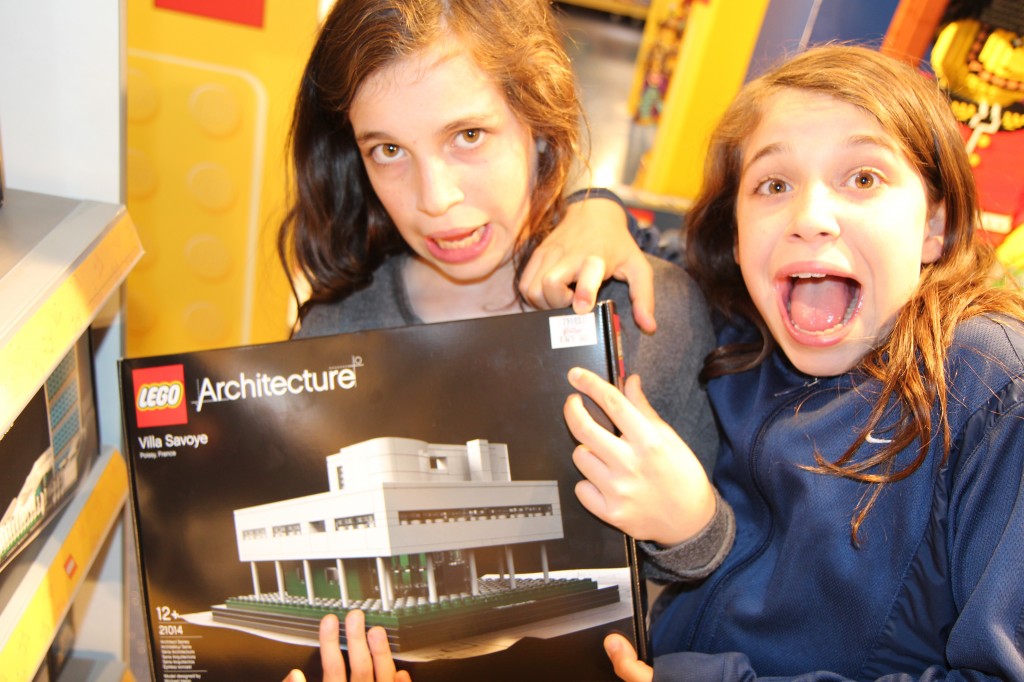 [Camille and Ana pointing out the 325 pound price tag] 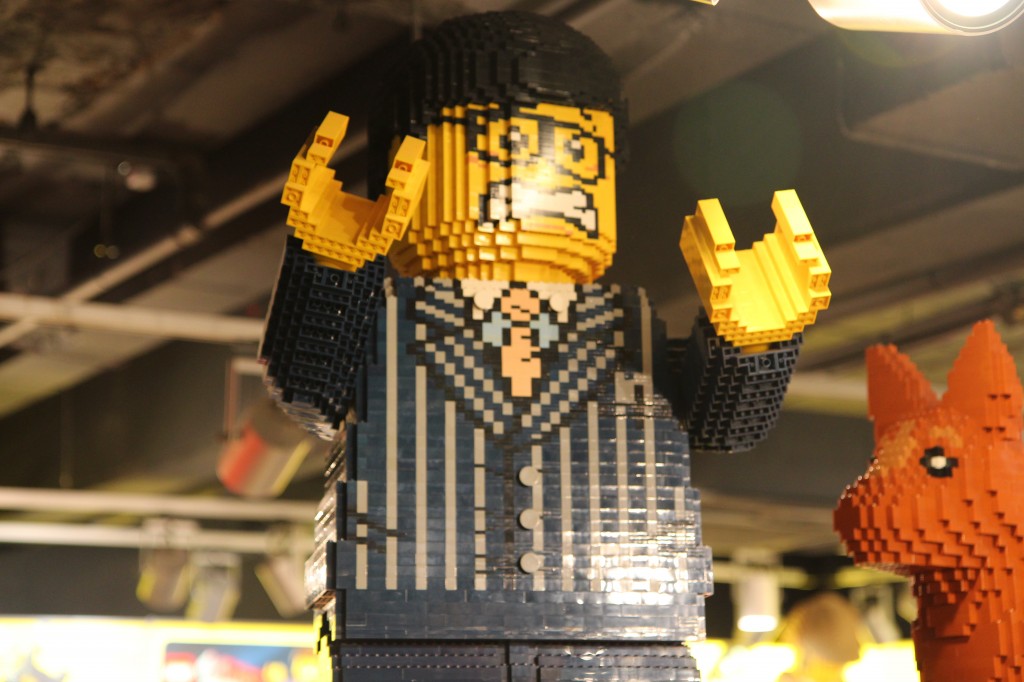 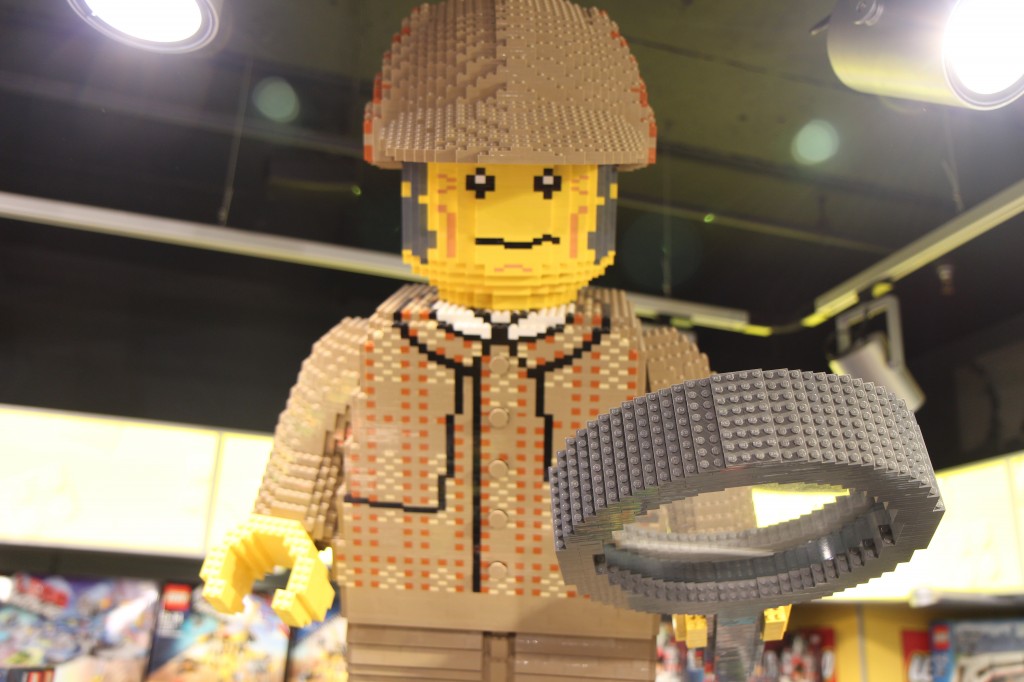 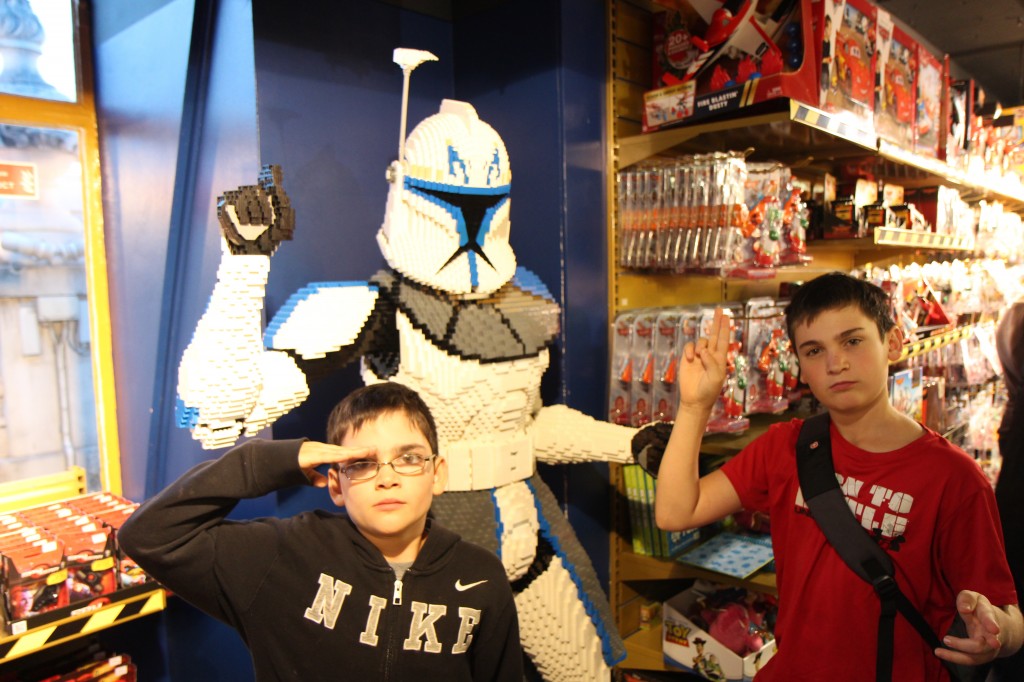 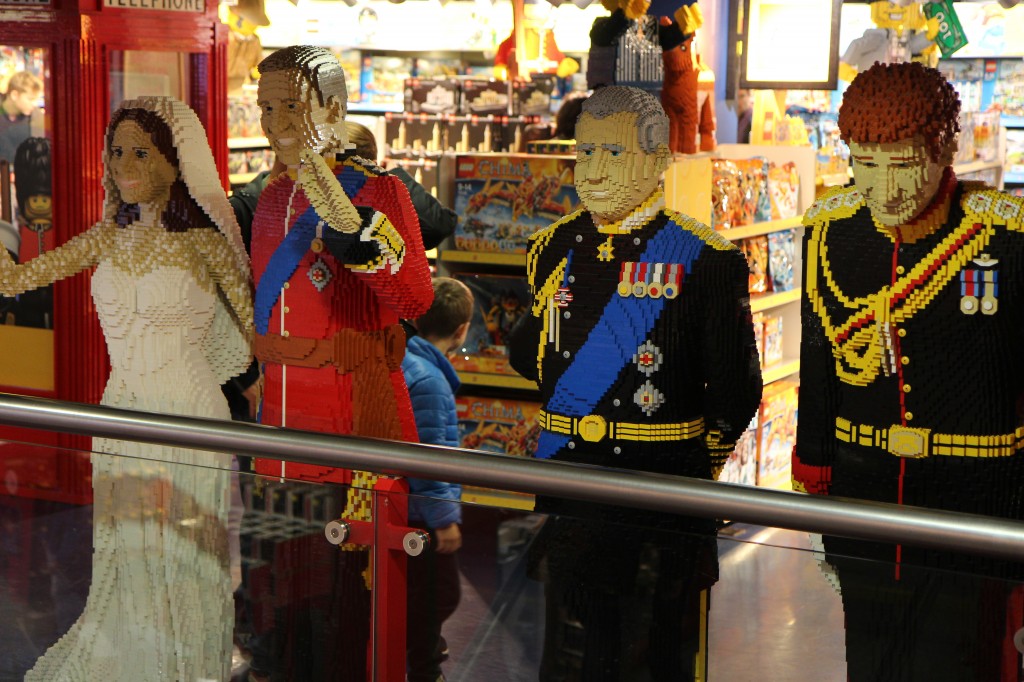 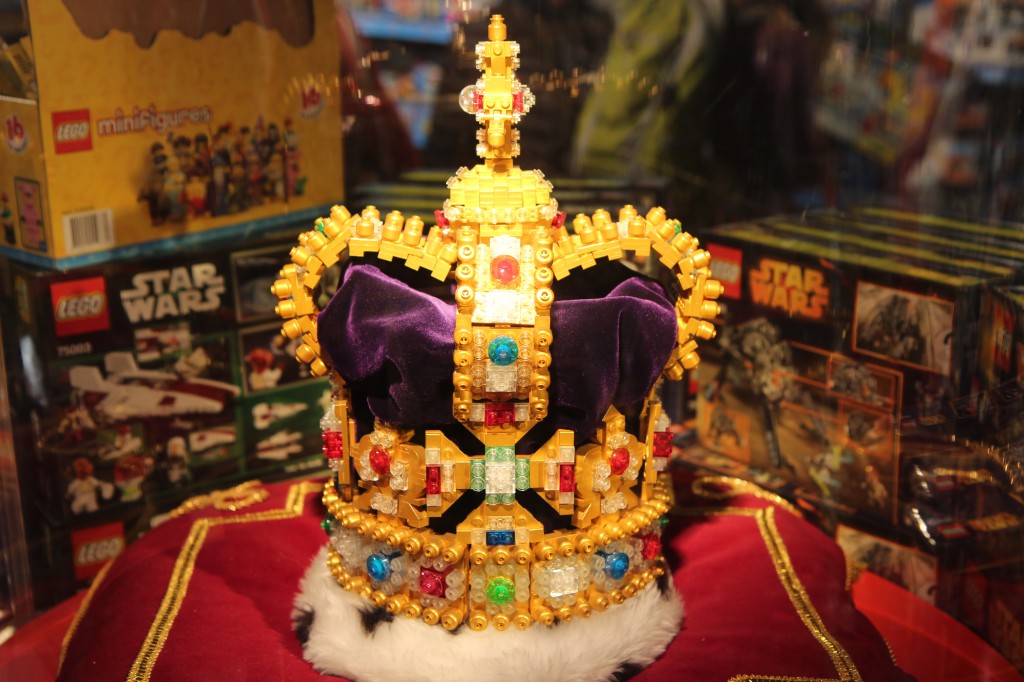 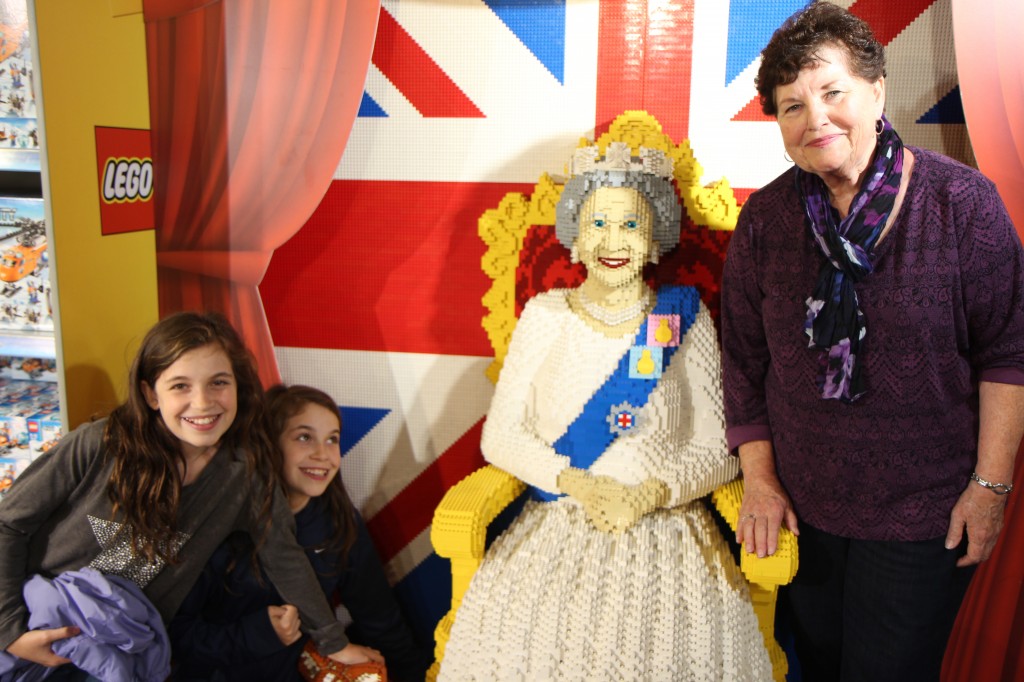 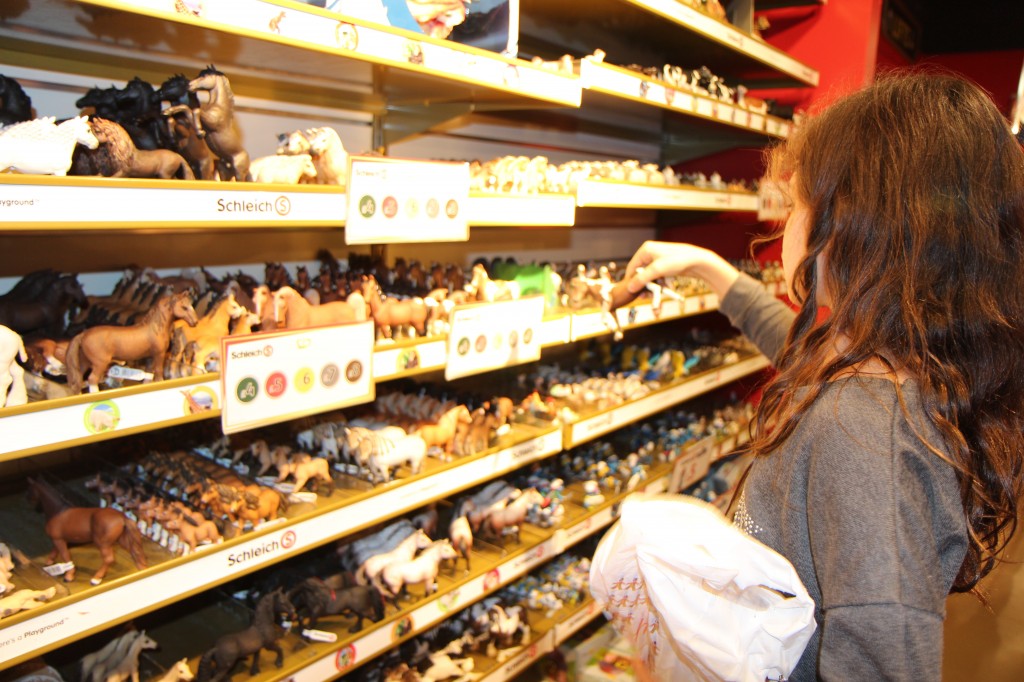 [Ah, the plastic animals our little ladies are actually interested in] 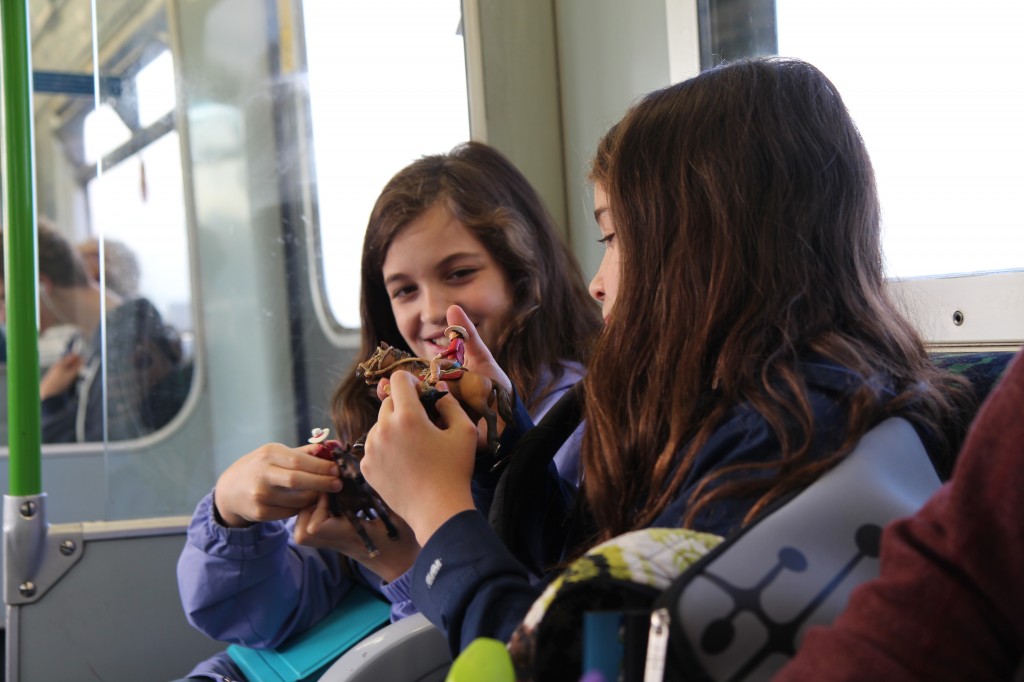 4 thoughts on “We are all worms, but I believe I am a glow worm”