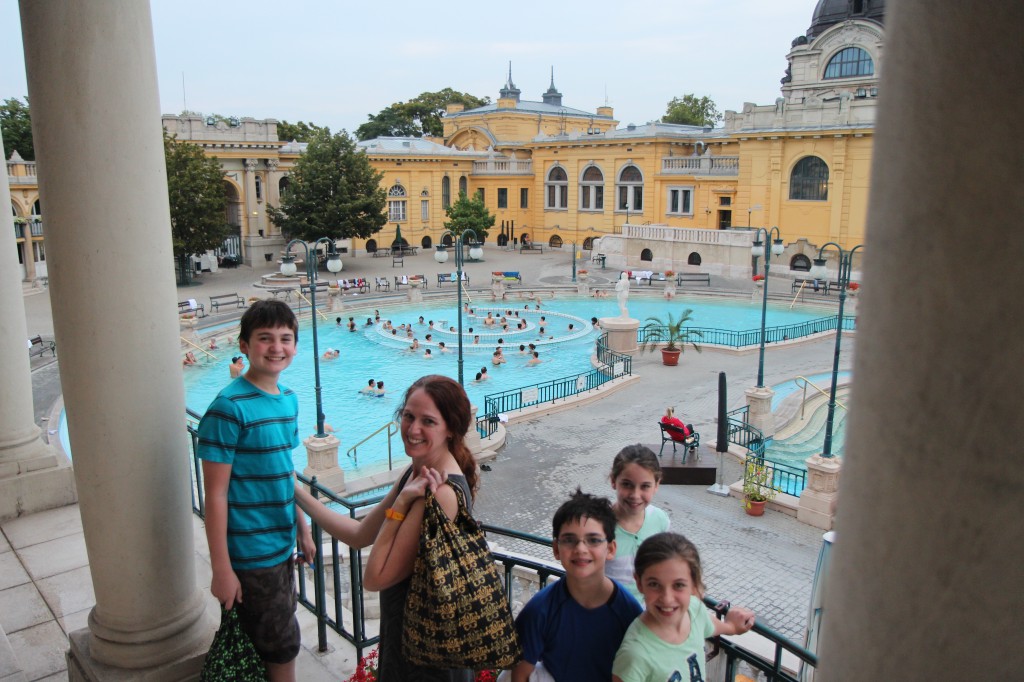 First thought in the morning: Oh my gosh its my birthday! I immediately woke the nearest person which unfortunately happened to be the champion sleeper, Will. Will retaliated fiercely with a punch straight into my face. What a wonderful way to start my day. My next big mistake was to wake up both Cami and Ana which resulted in the dreadful 12 birthday spankings. I simply stood no chance against the three bloodthirsty vicious triplets. Will of course was whacking and kicking practically any part of my body (I think he did more than 12). Ana was whacking me over the head with her surprisingly hard stuffed animal, Lamby (Believe me that thing hurts). Camille was doing something to me but I was in so much pain already I didn’t feel it. After I had recovered from that deadly shock, Will would not leave me alone with excuses of “12 birthday kickings’’ and things like whackings and pretty much anything that resulted in me receiving pain.
Now the day started to get a bit better.  It was breakfast and we were settling down for my favorite rice, sugar, and butter.  A sweet breakfast that literally consists of rice, sugar, butter and milk if you want it.  Then Mom took a nap and Dad went to work on the blog.  That left the apartment pretty much our play room.  We did all sorts of things kids would call fun running around in me and Will’s case, wrestling, legos, video games.  It was, I have to say, very enjoyable.  Next thing we knew it was lunch.  We all sat down for my favorite dish:  Mac and cheese homemade. 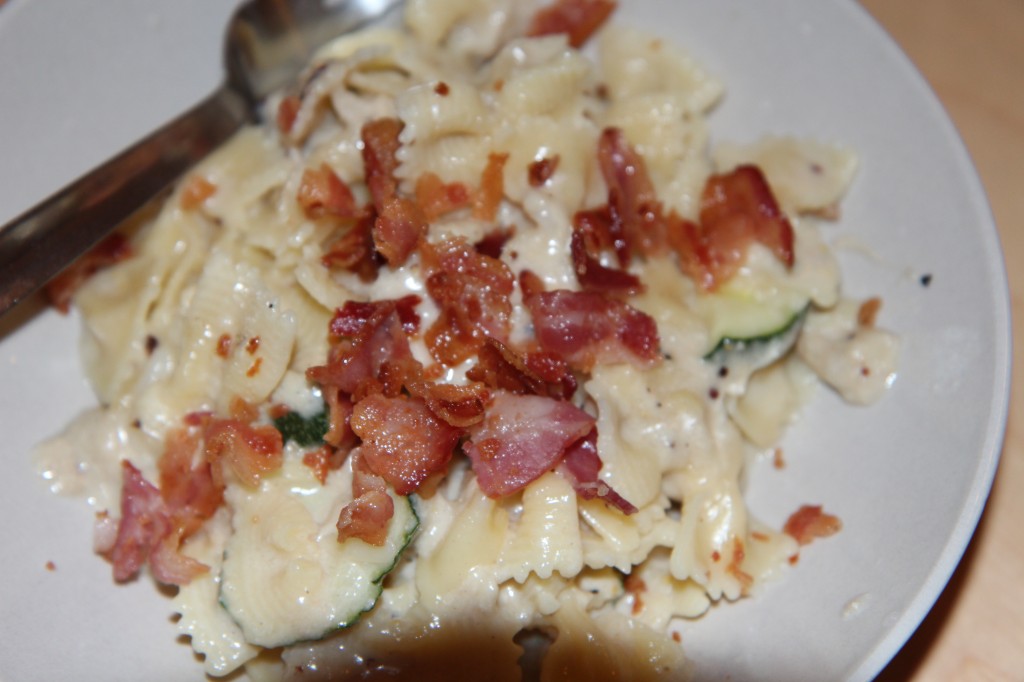 MMMMmmmmmm my mouth still waters at the thought of it.  Now we moved on to the Baths. 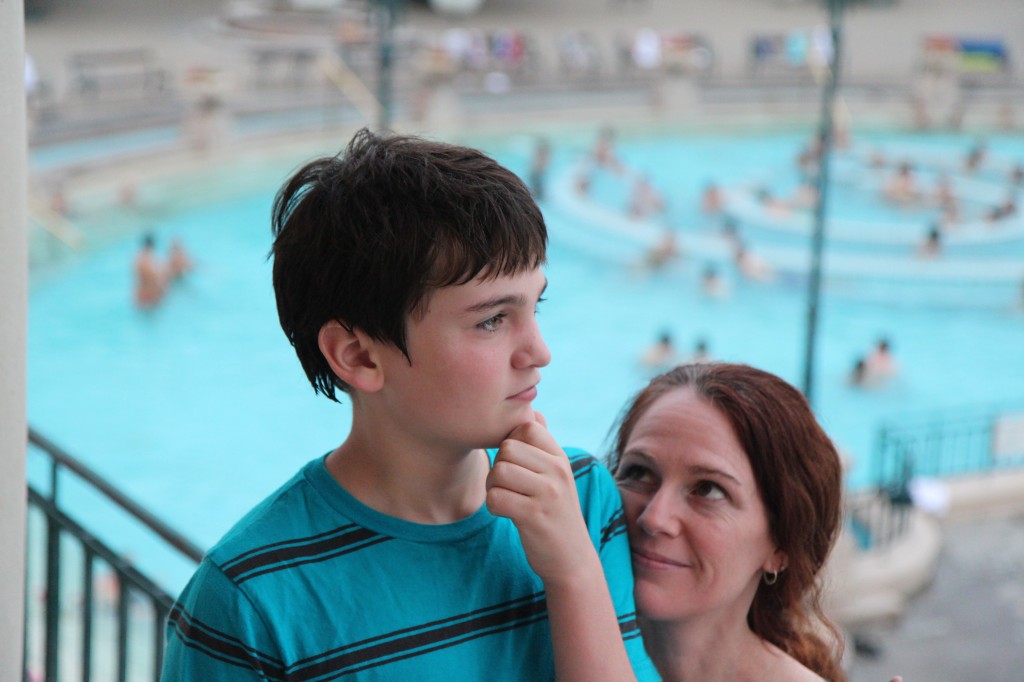 You’d be surprised when you realize that the Baths are actually a large pool complex with maybe 25 pools and a few saunas.  That afternoon was one of the best in my life.  There where three large outdoor pools and many indoor small ones.  On the far right was a huge pool that was so warm you didn’t want to swim, just lay there forever. 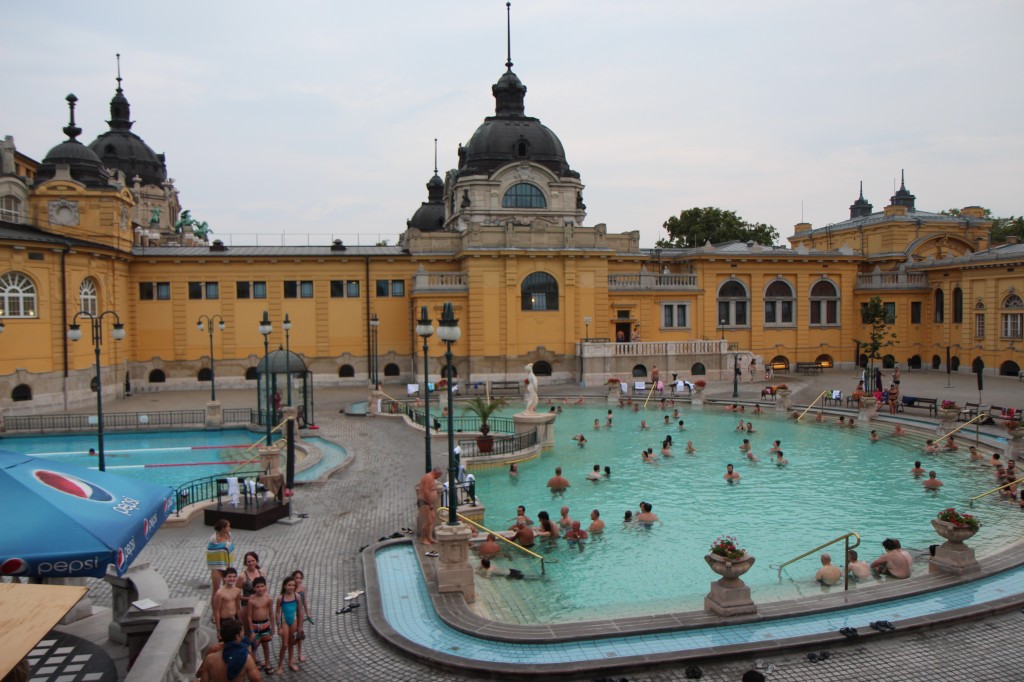 Finally we got out because the water was getting pretty hot.  The middle pool was slightly smaller than the other two pools.  It was your average swimming laps pools.  We didn’t swim in it.  Then we entered the farther to the left pool.  The water was half hot and half cold.  In other words, just right.  There happened to be a whirlpool in it.  Boy, we rocked that whirlpool!

There were more people in the pool than I had ever seen in my life.  After a few hours or so we got out of the pool to see the indoor pools.  The pools came in many different colors, temperatures, and sizes.  Some were green, blue, red.  (The green one smelled terrible.)  In most areas, there was a hot pool and then a cold pool.  And then there were the saunas.  Aaahhhh!  I love those things!  My first encounter happened to be a wet sauna.  My first thought was, “Why can’t I see anything?”  The room was completely mist.  At first, it was hard to breathe.  But, I have to say, it was very relaxing.  Then after that we kids wanted to try out the dry sauna.  I felt like I was in the desert.  The back of the chair was so hot I couldn’t rest my back against it.  So overall the experience with the wet sauna: good, dry sauna:  bad. 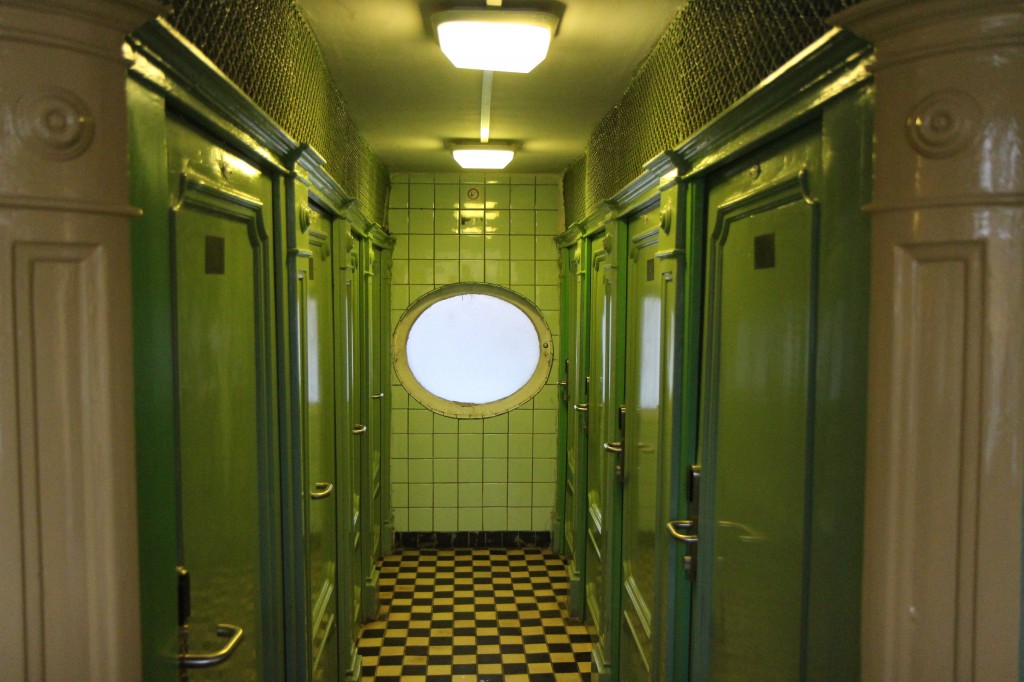 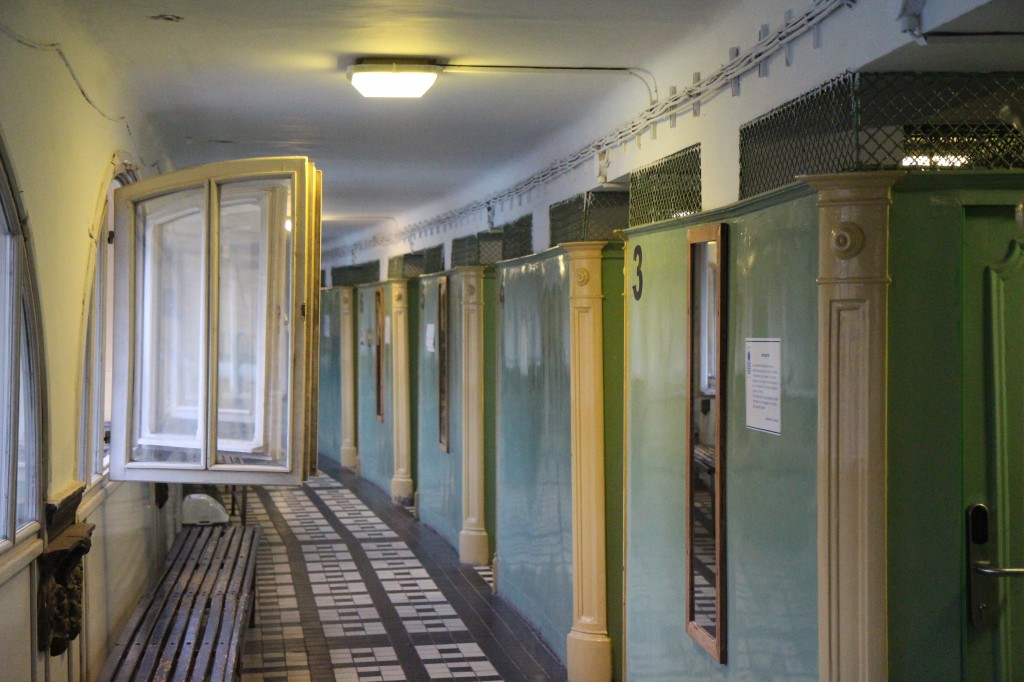 Then, we drove out of there and went to Burger King, got some burgers, and drove back to the apartment.  The triplets were very kind. They gave me a book, a song, and a pack of gummy worms.  Then, we broke out the lemonade, but the lemonade happened to be lemon juice.  Too bad we can’t speak Hungarian!  We ate our burgers, I passed out gummy worms and we were ready for the movie.  We watched Captain America Winter Soldier.  It is one of my favorite movies now.  During the movie, Dad gave everyone three small pieces of different cakes and one scoop of ice cream.  I will have a hard time having a better birthday in the future. 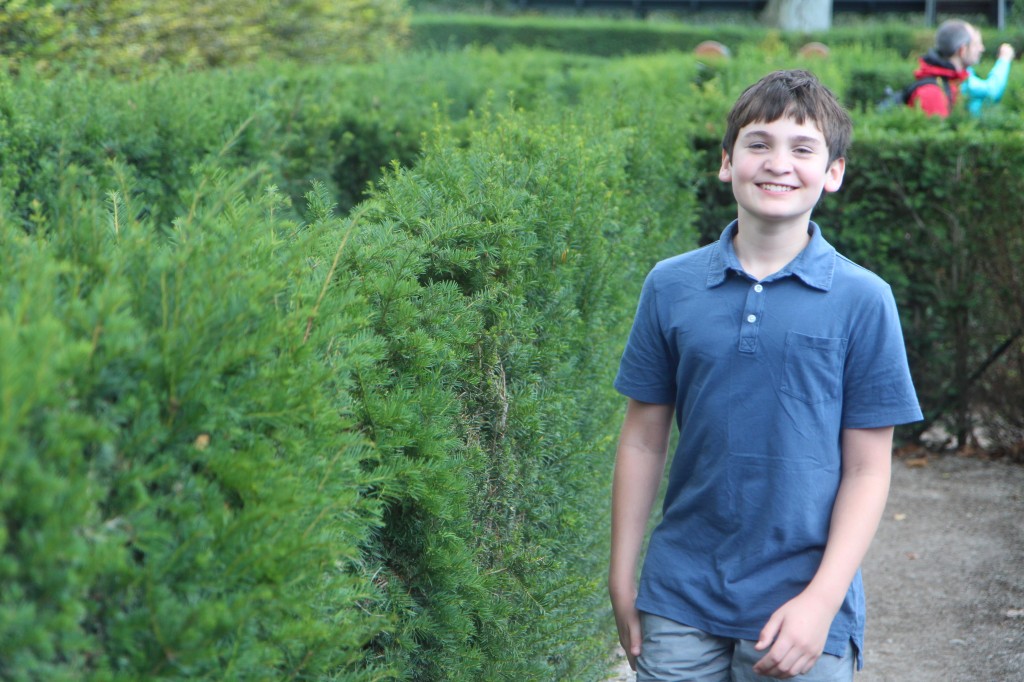 Hi my name is Luke, I am 12 years old. A few of my favorite things to do are building legos, playing Risk, hanging out with my friends and playing sports. Now going on this trip has limited quite a few of those things. Which is one of the reasons why I didn’t want to go on this trip at first. I have to admit it was hard to leave my friends in New Jersey, but once we started the trip I really loved it. As a member of Kid’s Corner me and my siblings will write often. A few of the subjects we are going to write about are Disney world, Mexico, and many more. Thank you for reading the Mesquit’s blog. 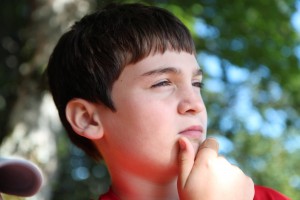 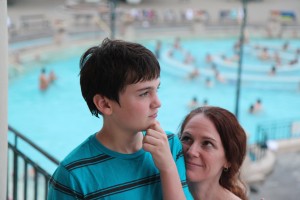 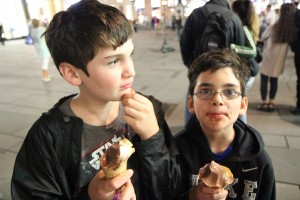