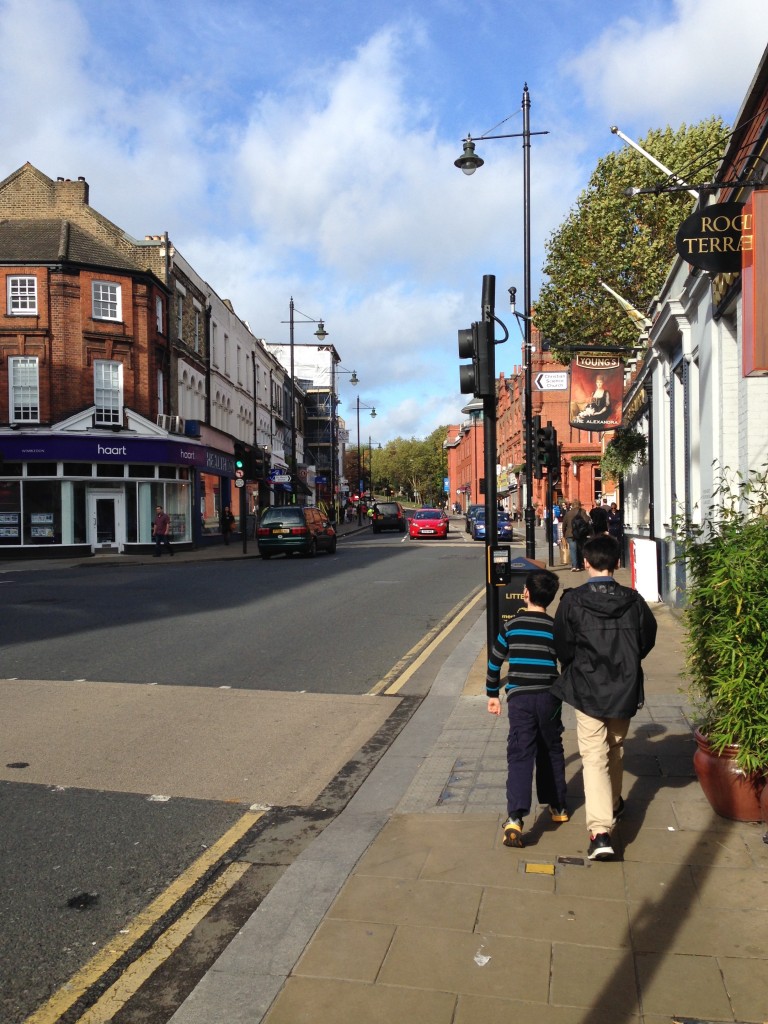 We aren’t in Wimbledon more than 5 minutes before Luke blurts out, “Dad, they really have English accents here!  I thought it was just in the movies.”

We found a relative bargain of a place in Wimbledon on the southwest side of London.  It is also the home of the famed tennis tournament at the All England Lawn Tennis Club.  London is one of the most expensive cities in the world so we knew we’d be maximizing London’s free museums. 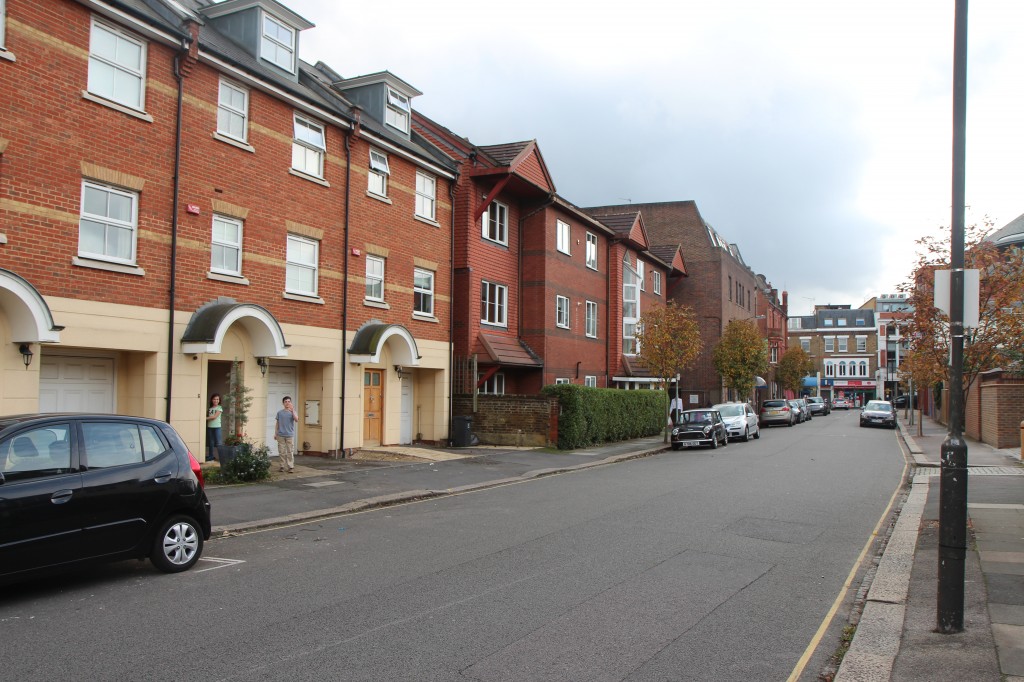 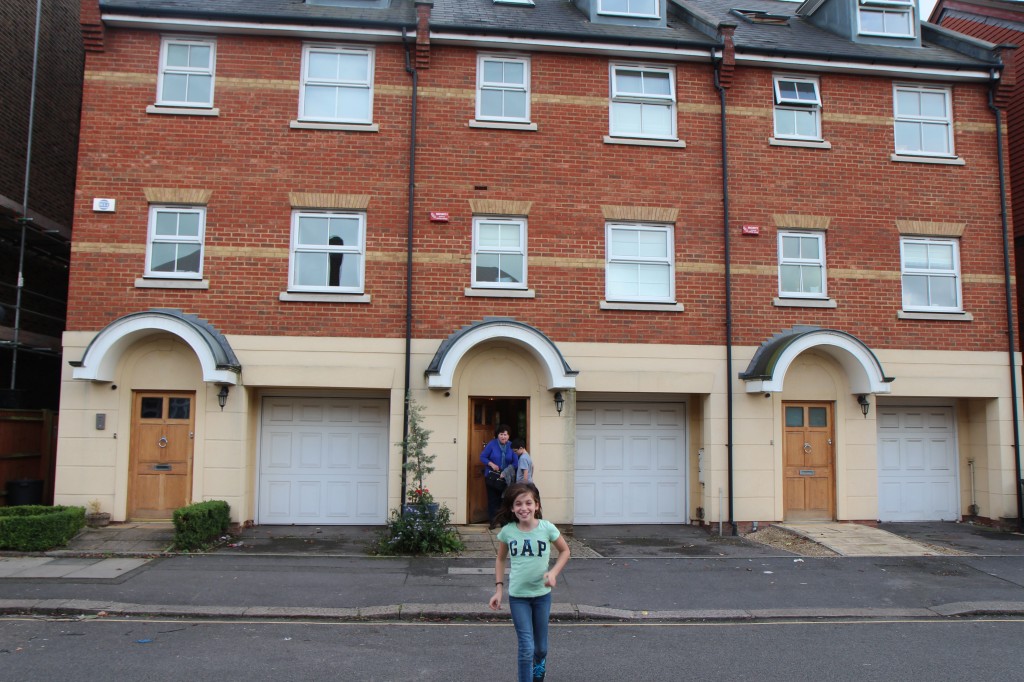 Our place is framed on both sides by matching vertical town homes.  A back patio provides a bit of room to play outside and a thoroughfare for squirrels, birds and the rare cat. 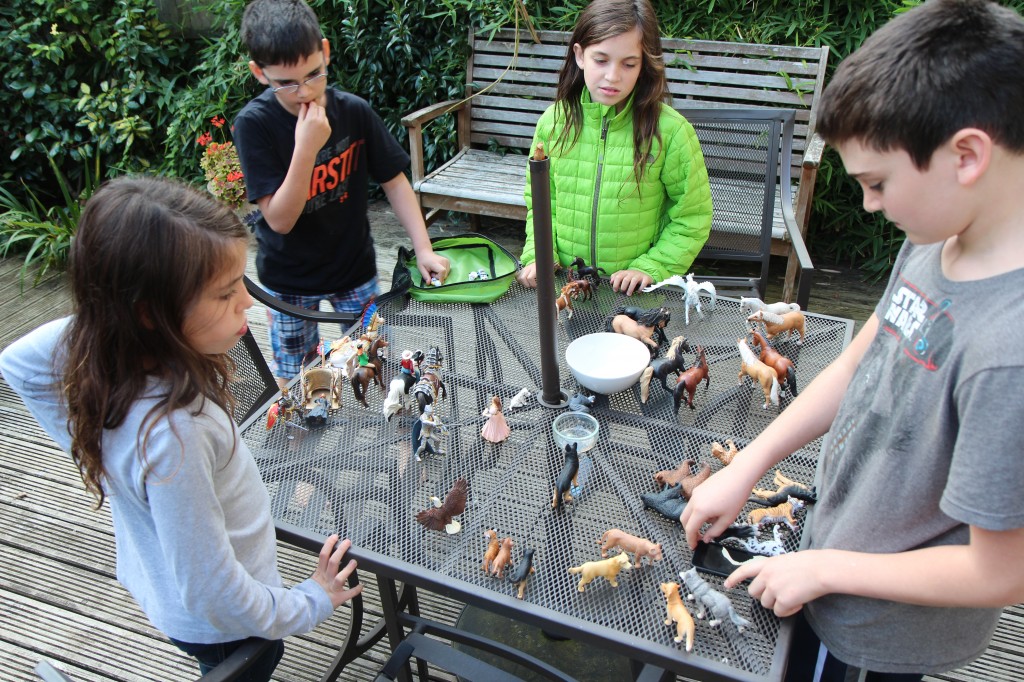 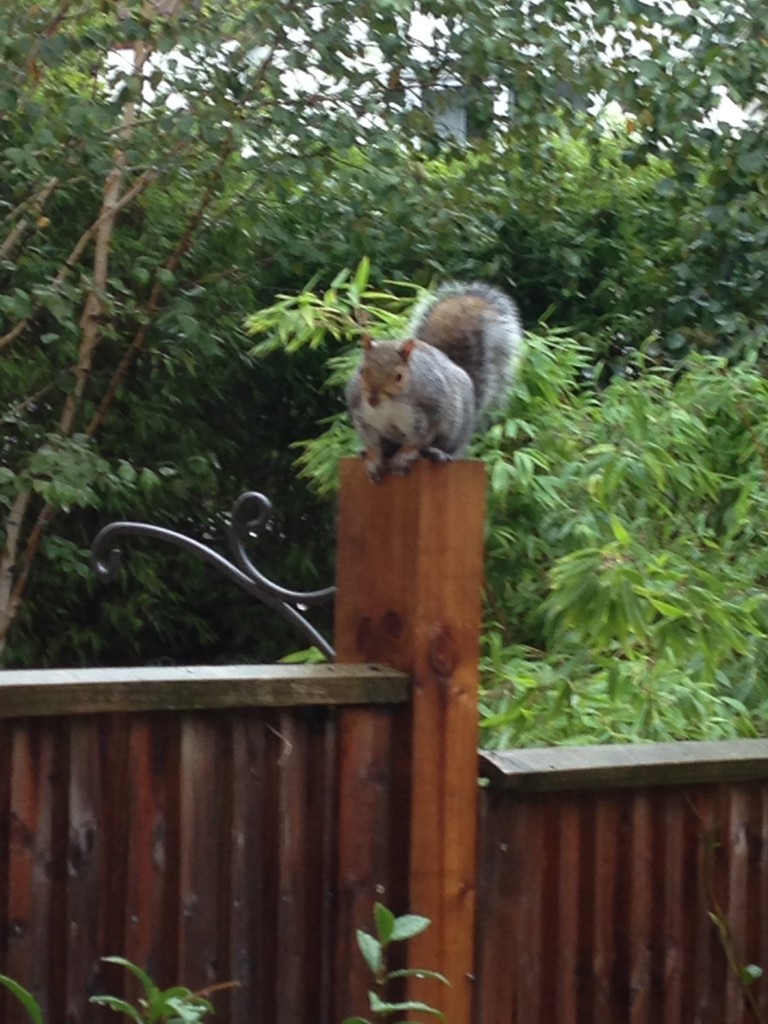 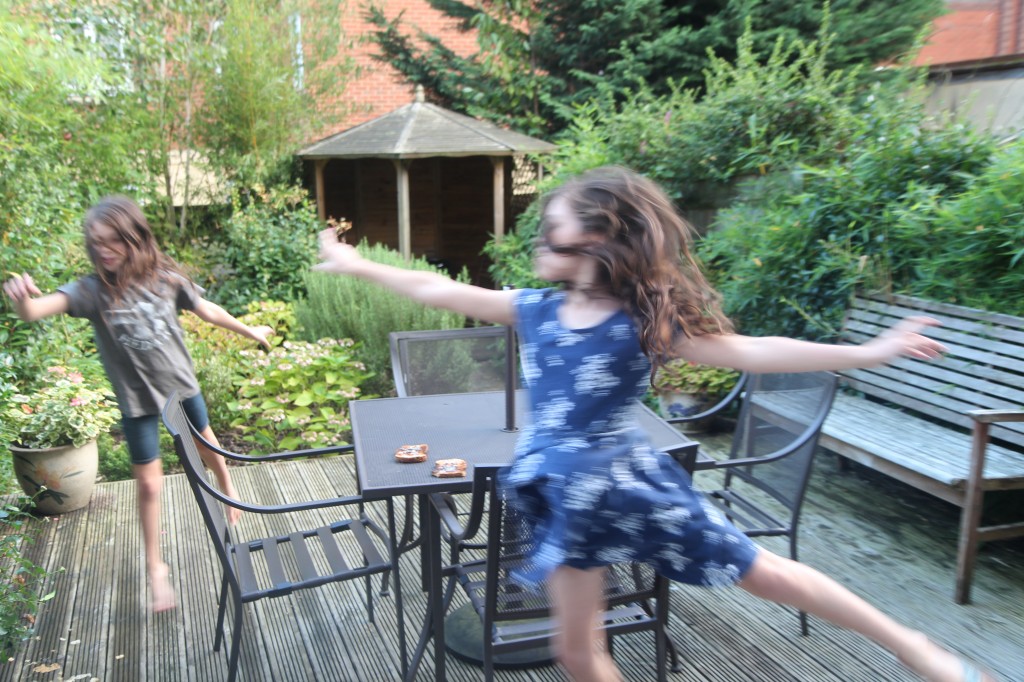 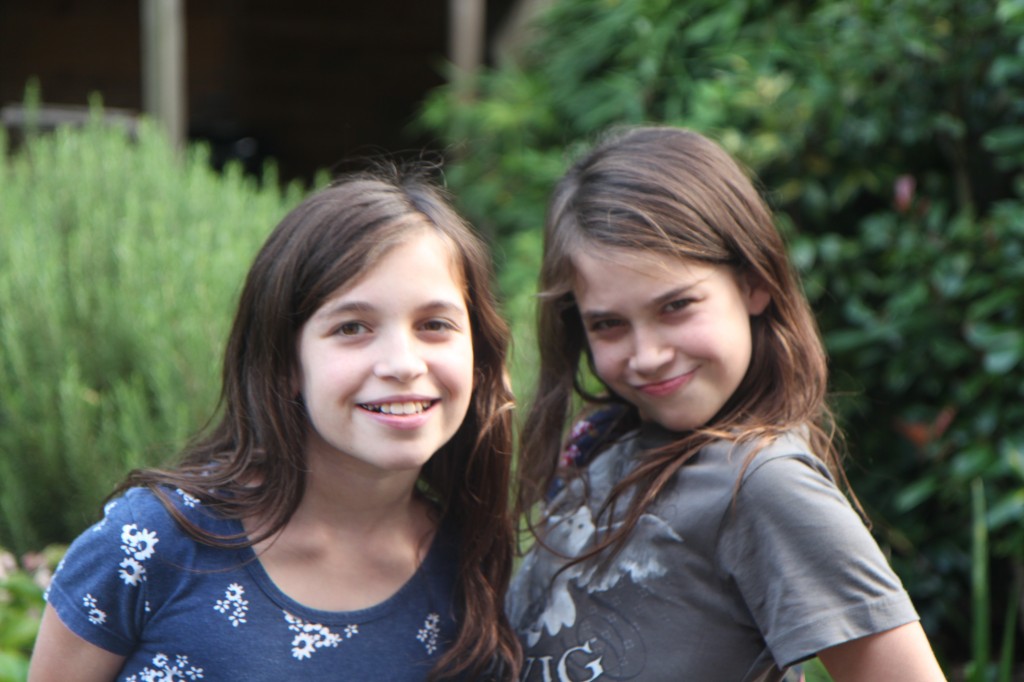 The boys are thrilled to be up on the narrow fourth floor with a room all to themselves.  The place even has a sitting room and three more bedrooms, in addition to the kitchen. 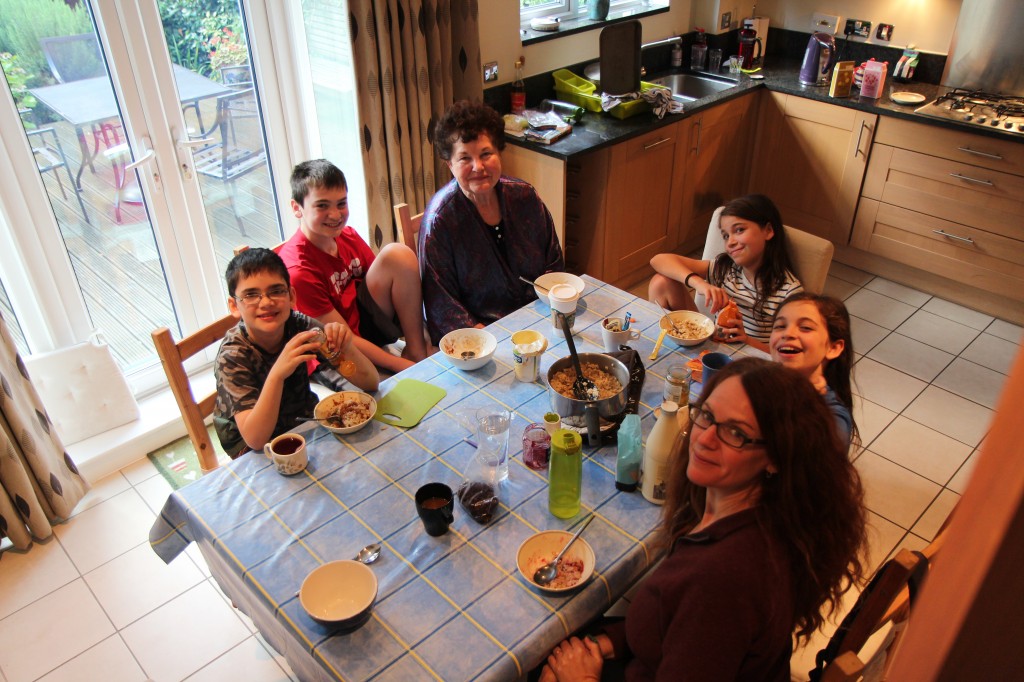 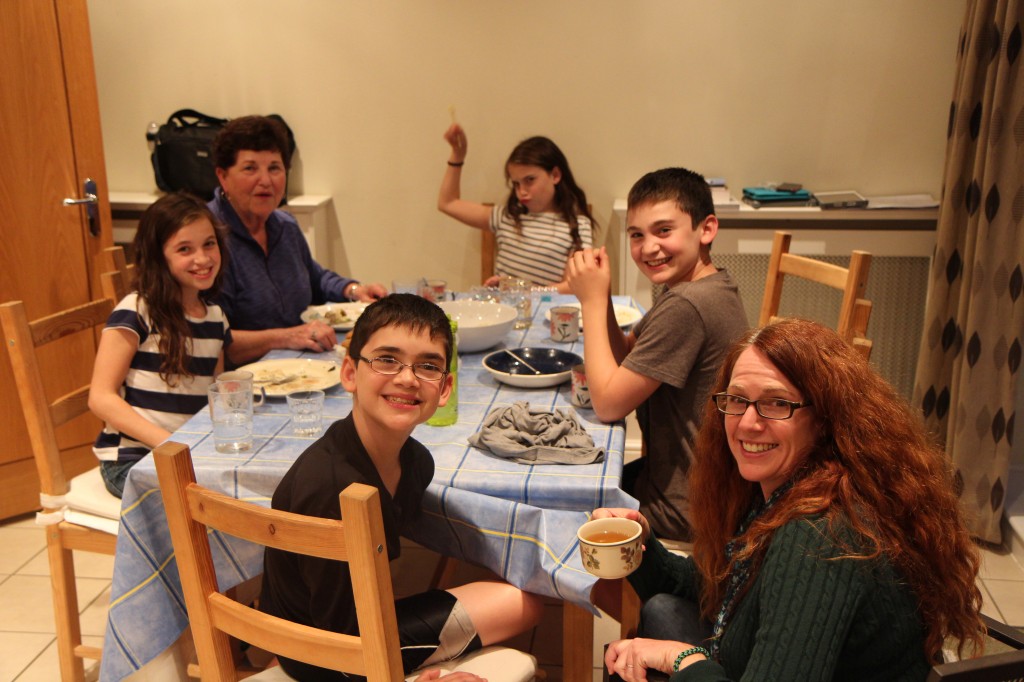 By the way, with a traveling family our size we cannot usually fit in a hotel room and we prefer to have a kitchen anyway.  So, we are constantly on websites like AirBnB, HotelLettings, FlipKey, Interhome and TripAdvisor to find our lodging for the next month.

I make the short walk over to the local Wimbledon library and am amazed when they allow me to have a library card. I register on the computer and am tempted by the title drop down menus of Lord, Lady and Sir.  They are fantastic here and we are basking in the ease of speaking the language.  We check out Ranger Apprentice books and a few cheap movies. 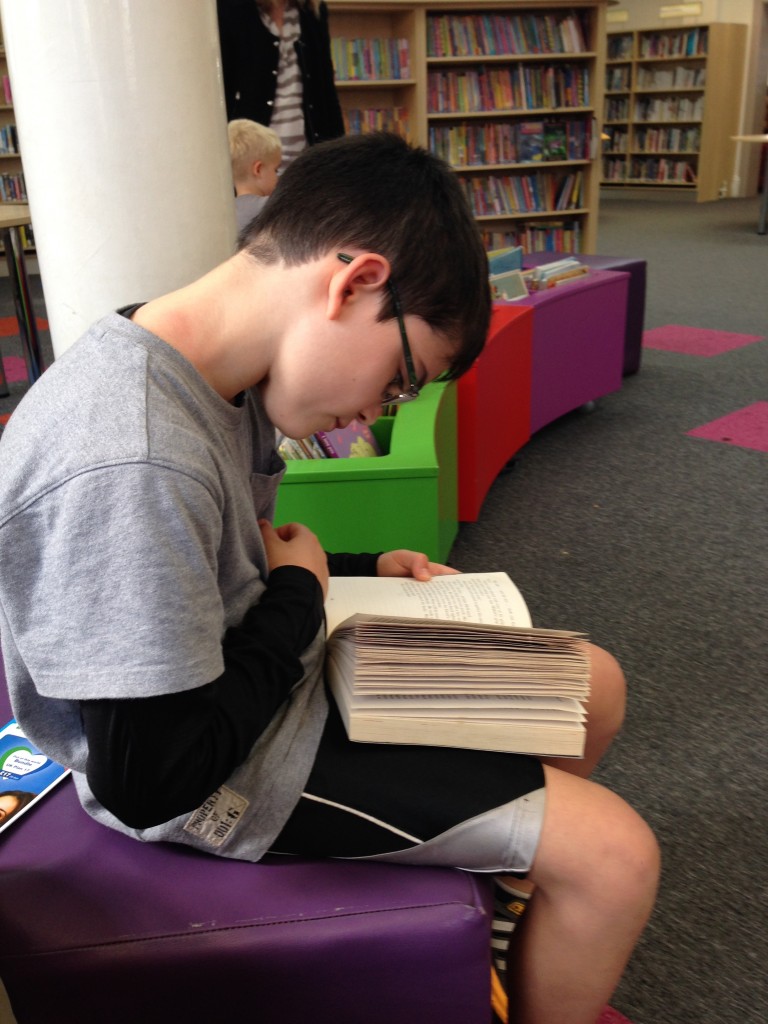 Each day we see the school kids streaming to and from the school via the double-decker buses and the Tube station that serves the neighborhood.  Most of them are in ties and blazers with the school crest emblazoned.  Girls dash by in skirts.  We find out later that the private schools usually have blazers for uniforms while the ‘state’ schools tend to wear jumpers (sweatshirts) instead.

One morning I’m out for a run and I round the corner into another street of flats stacked together.  Down the sidewalk walking towards me is a man in a suit and tie and carrying the typical Londoner umbrella.  Holding his hand, is his 7 year old mini-me.  The boy is decked out in blazer and tie as they both jaunt down the street on their respective commutes.  I see a vision in my head of a career in a London bank somewhere being reserved for this tiny Londoner!

We also become quite adept at the Tube and I think the kids are available for consultation for anyone looking for the quickest ways around London.  We become pros at the Transport for London website and love the fact that the younger three kids are free on the Tube.   London is so large, that even with a London zip code we generally spend at least 25 minutes on the tube getting somewhere. 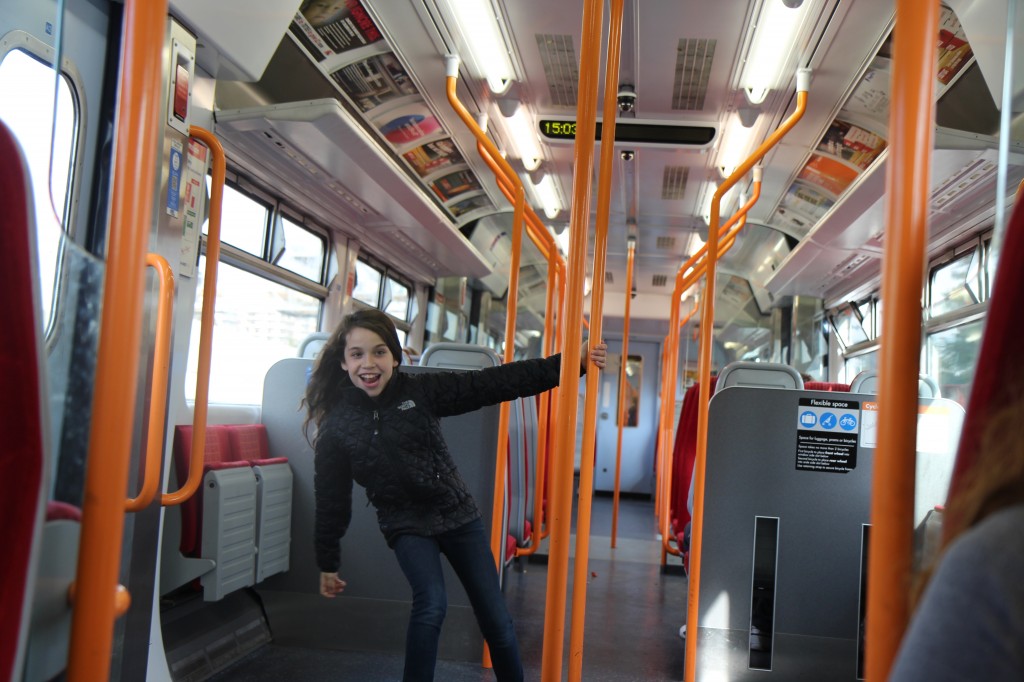 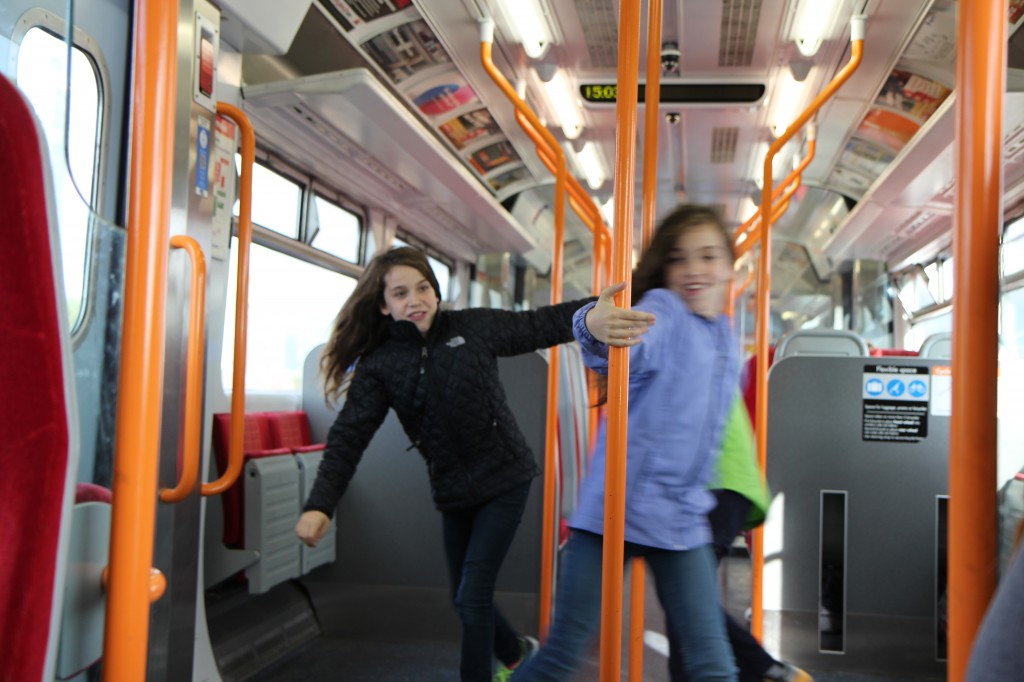 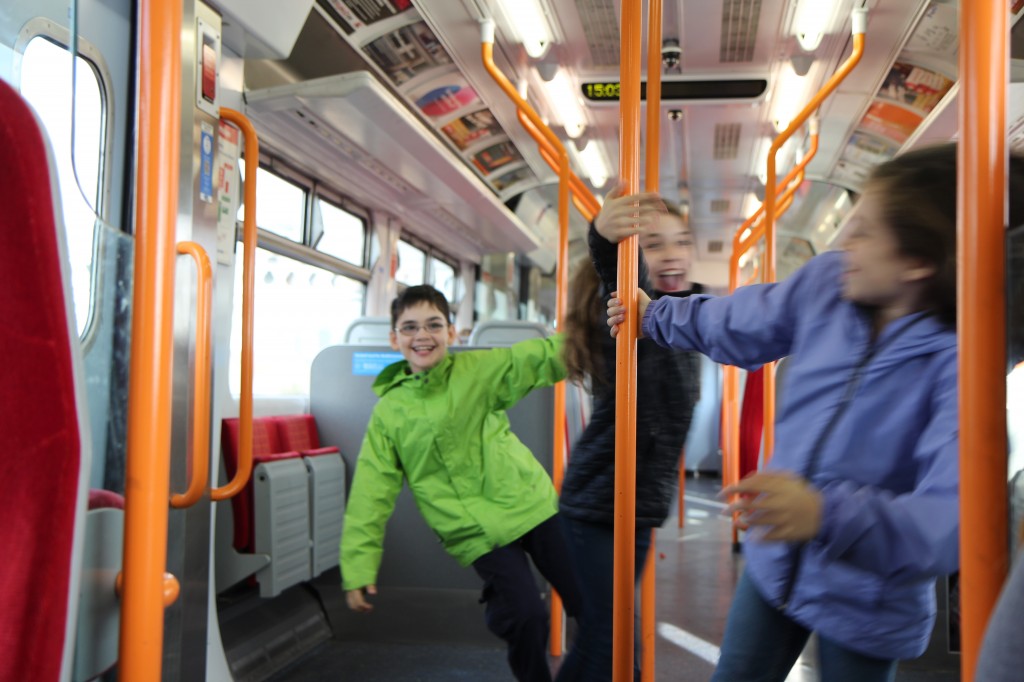 Another day, the kids humor me and the five of us go out for run.  We run up the hill into Wimbledon Village (home to cafes and shops) and over into the park.  The rain begins, Dad has to take a few unplanned detours and we are out a bit longer than we anticipated.  Possibly some of the participants might have been a bit of grumpy walking here and there but we saw a horse and made it back home!  Those kids are troopers! 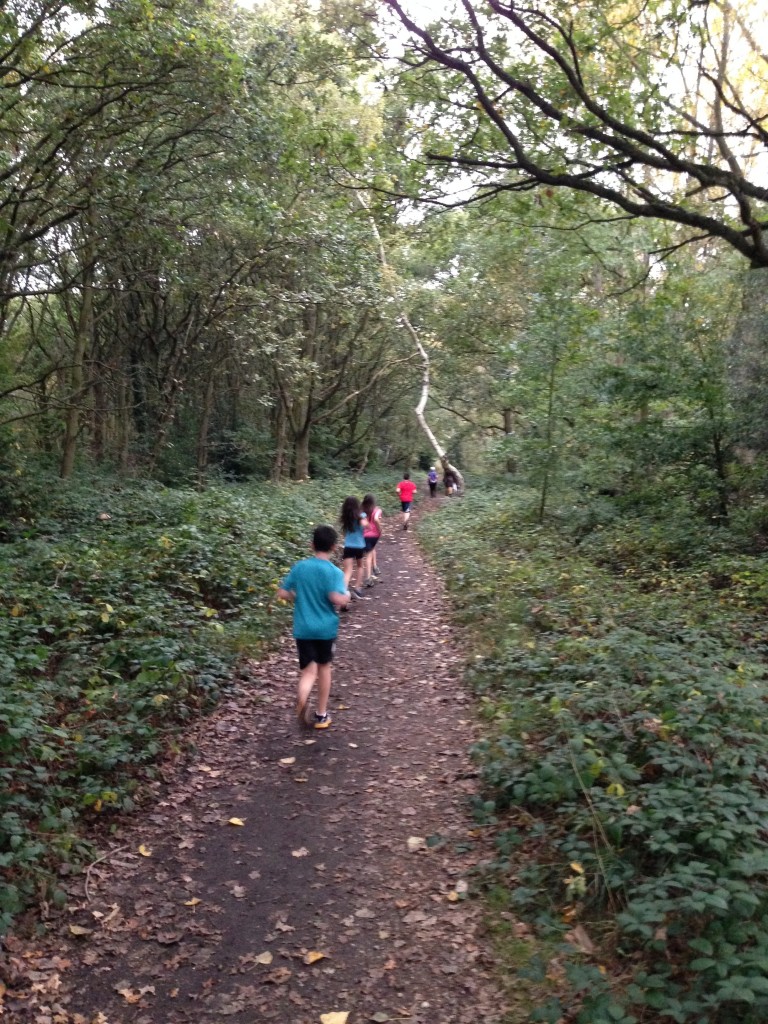 My uncle Stewart in Seattle made a timely recommendation about the Kirkaldy Testing Museum being open once a month and right when we were available.  Kirkaldy, a Scot, set up the first independent testing laboratory  He had this huge machine custom built to be able to test shear, torsion, and other failure types of large metallic samples.  Before him, companies would label breaking strengths on their products with no testing whatsoever.  Soon, samples were pouring in to his firm from around the world.  Will, our budding engineer and digger, is in hog heaven.  They break a few metal pieces and we even get to take a few samples home.  That’s great, because we needed some more metal pieces in our checked baggage… 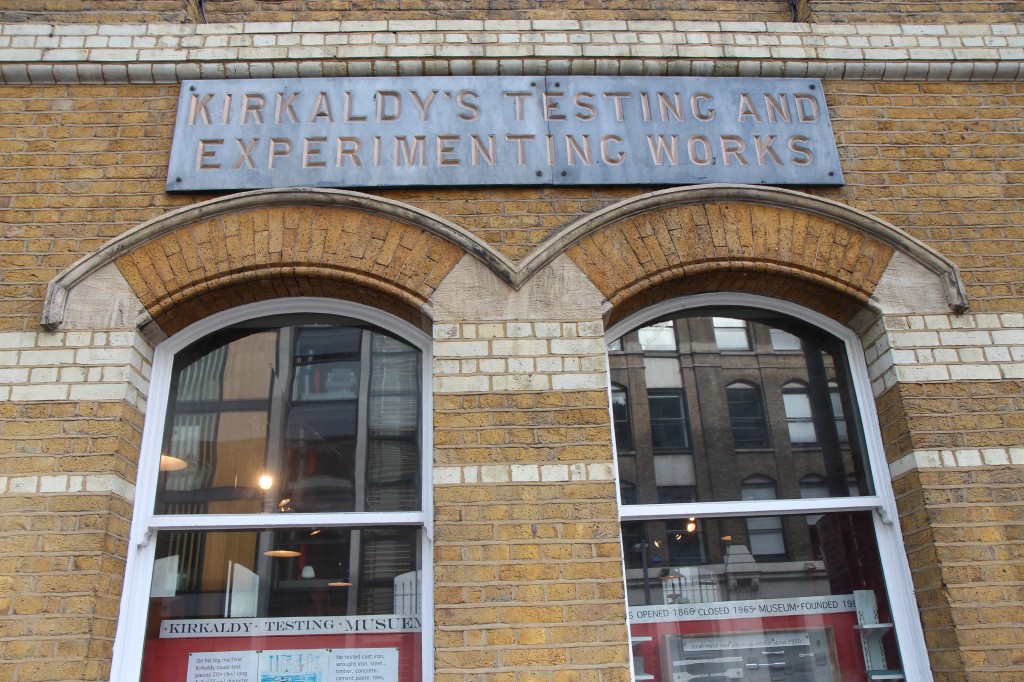 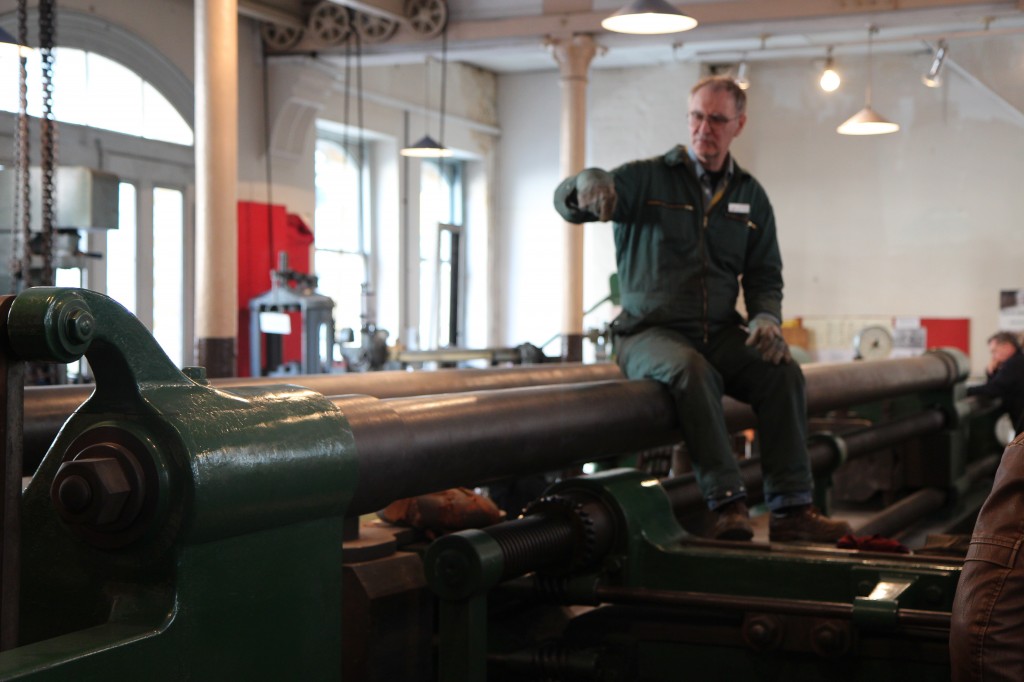 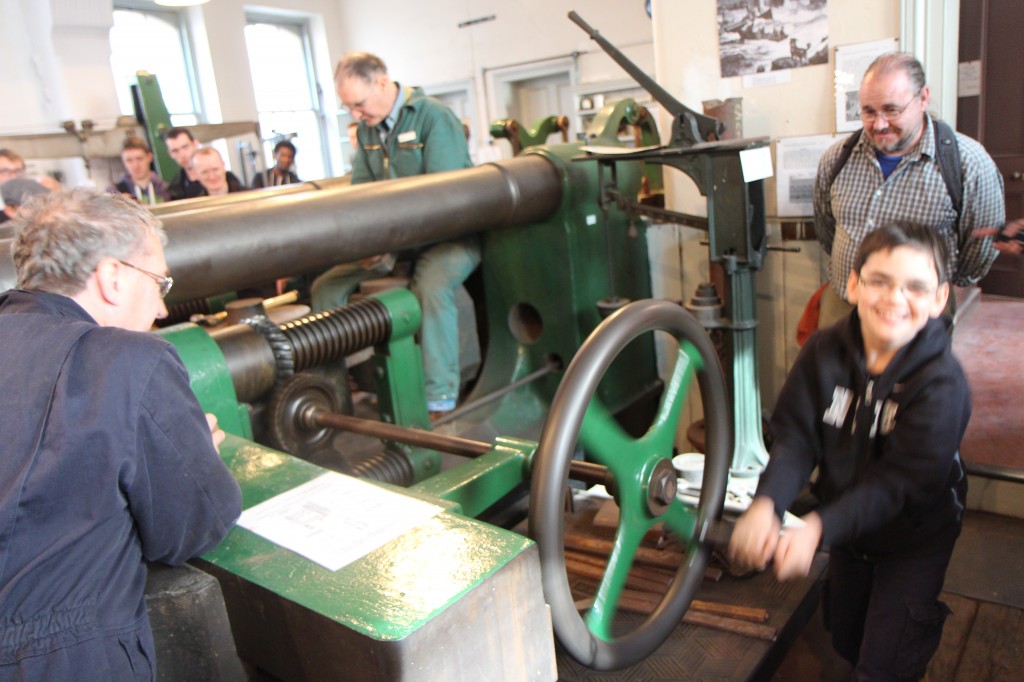 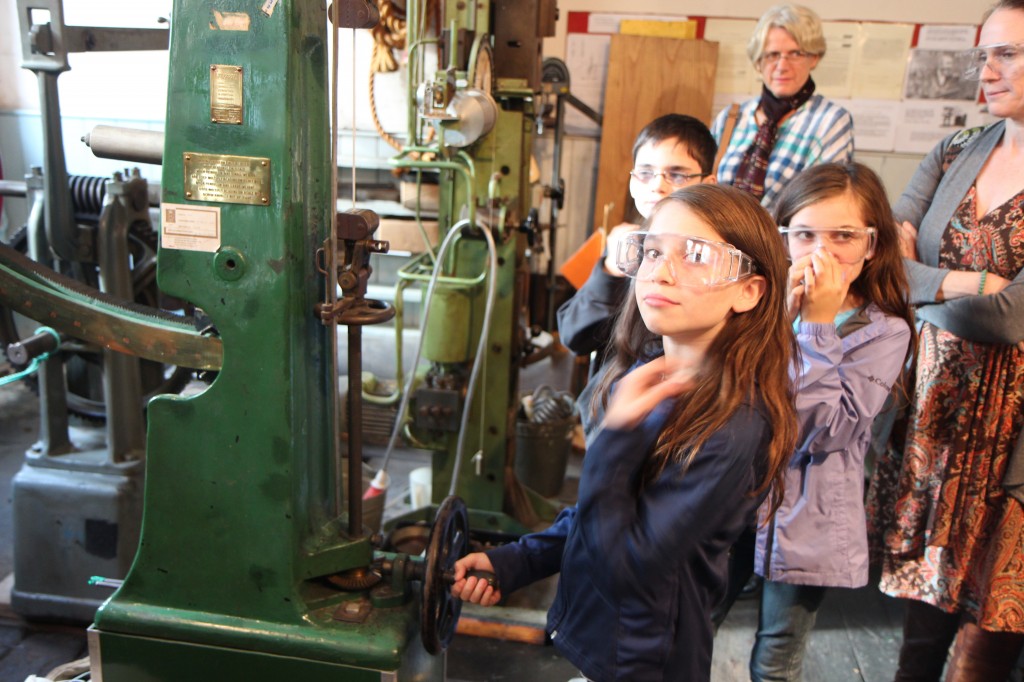 I’d read an article a ways back about the adventure playground movement starting to bring back the concept of risk in children’s playgrounds.  A playground in Wales employs adult safety observers but even let’s older kids light controlled campfires and build their own plywood creations.  US and European childplay experts have been visiting it to see what can be adopted in other countries.

It makes you think about the many playgrounds in the US where the kids have abandoned the ultra-safe climbing gyms and covered slides.  This adventure playground, the Oasis, is really three separate play areas; a playground, a nature park and a go-cart track.  At the playground there’s a pedal cart track, climbing nets on huge rocks and adult volunteers keeping an eye on the peeps.  Several parents linger under the back porch of the administrative “building” keeping tabs.  The government has provided a grant to get this concept off the ground and play staff now have just a few years to make it self-sustaining.  The nature park lets kids work in the gardens and tend to their own plants.  The staff also allows periodic campfires.  The go-cart track lists various weekly nights broken down by age and gender (Boys 13-17, Girls 13-17, Boys 10-13 and even a kid maintenance night).  It is not the “poshest” neighborhood and seems to function as a wonderful after-school gathering place for the local kids. 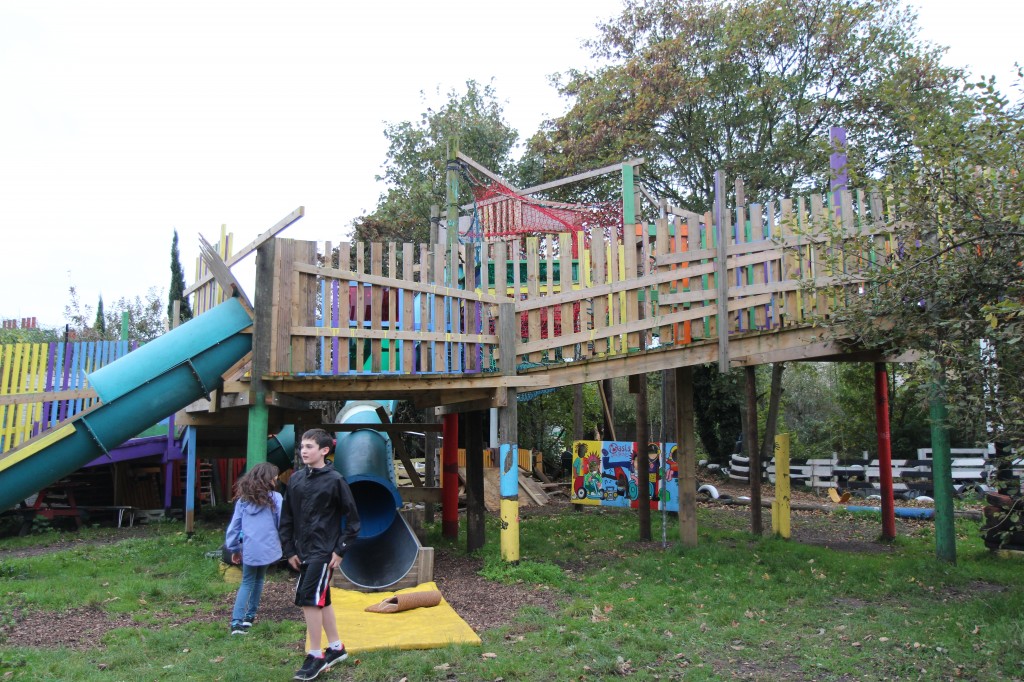 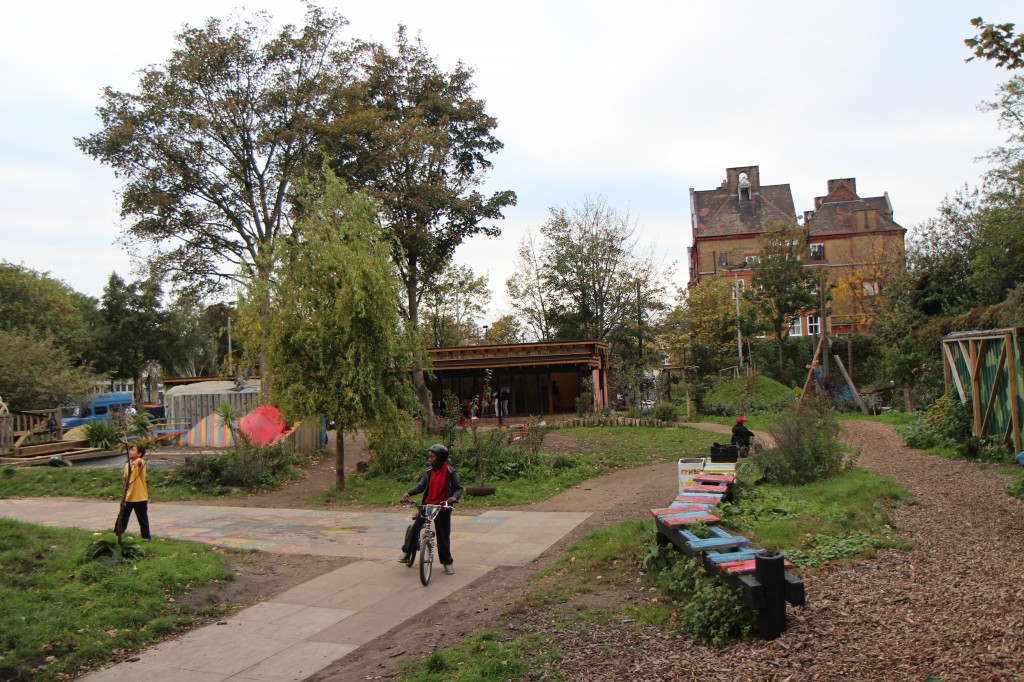 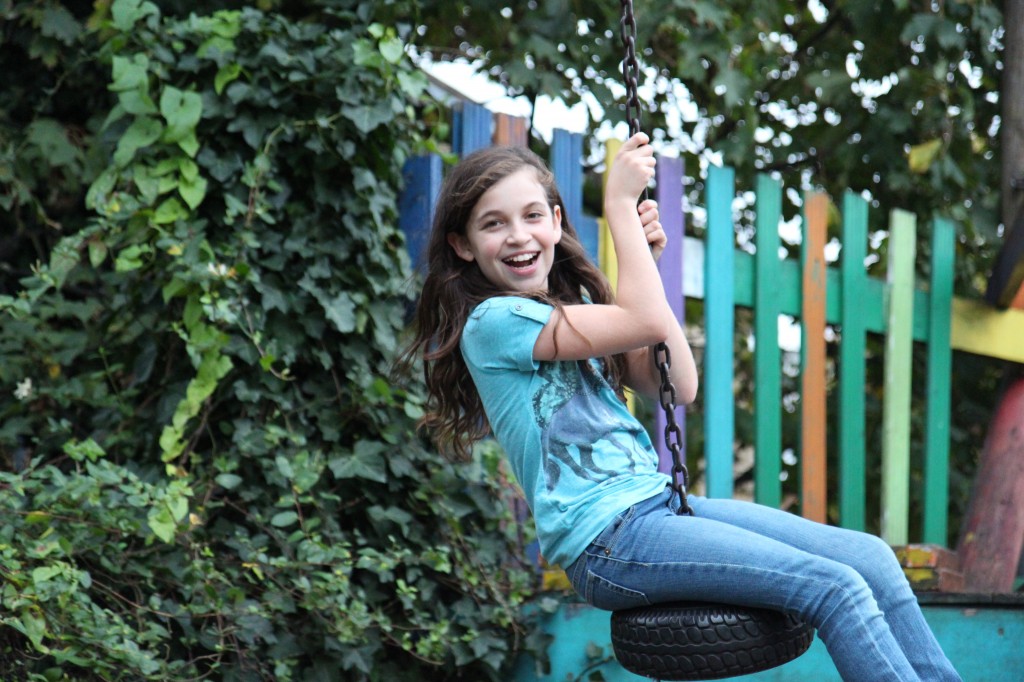 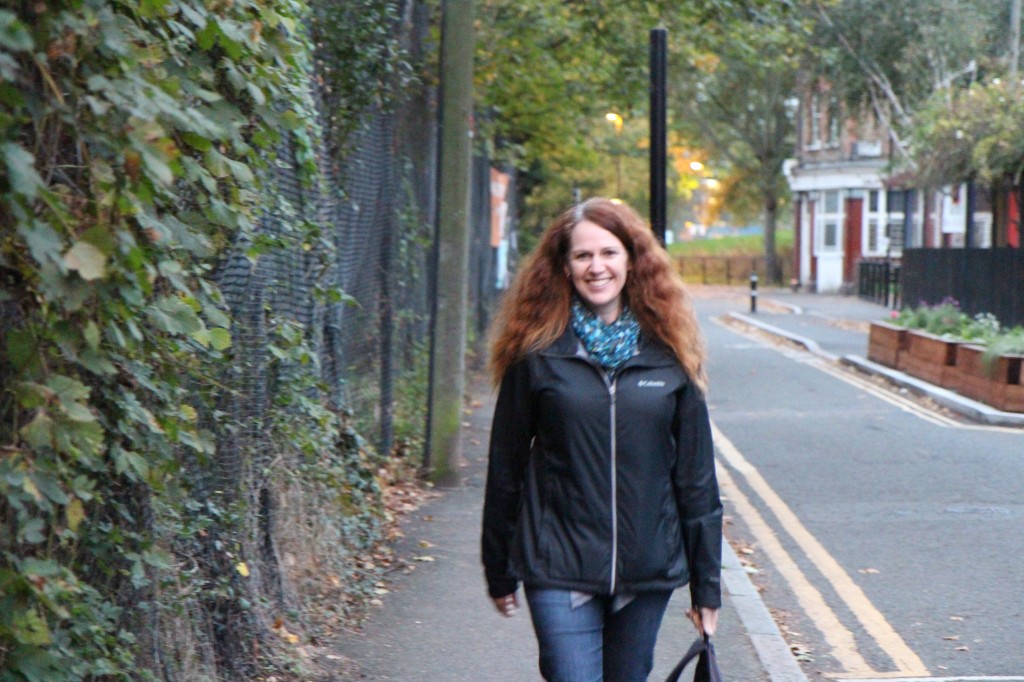 The kids have played in the empty lot here for decades.  The WWII blitz destroyed groups of homes and they’ve never been rebuilt.  This picture shows the gap in the row of houses where the Oasis has formed a cooperative to help the neighborhood. 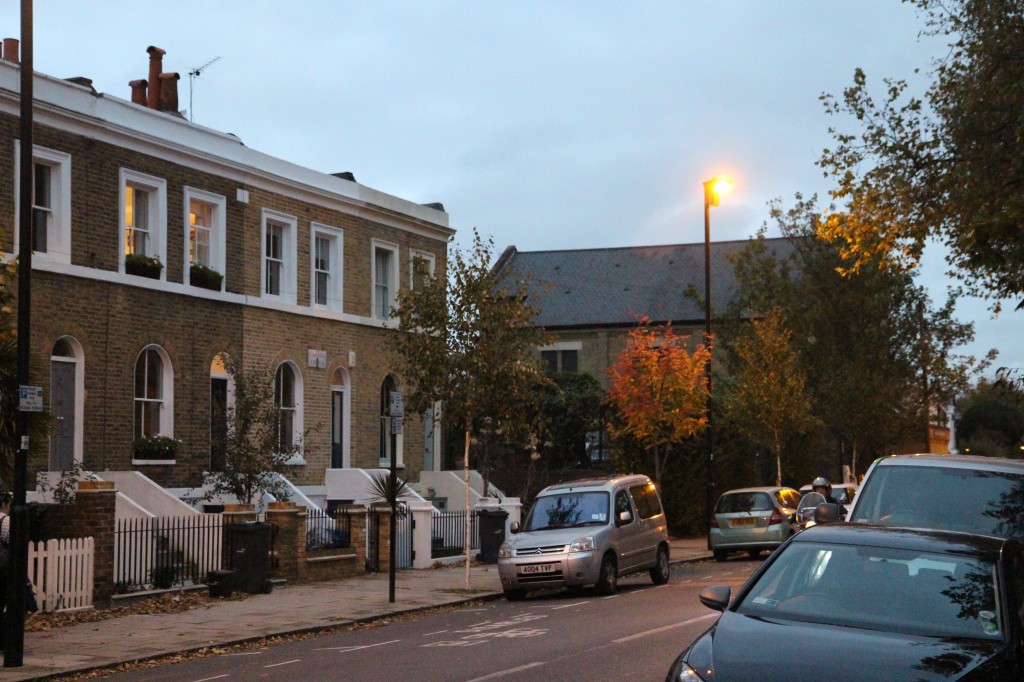 Grandma watches the kids one night so that I can take Lisa out for the national cuisine of England—Indian.  Then we drop in to a local pub and hotel, The Dog & Fox, to see the Brits out.  There’s a live band playing Sheryl Crow and The Steve Miller Band and we get to see groups duck in out of the rain in their fancy hats.  Thank you amazing Grandma! 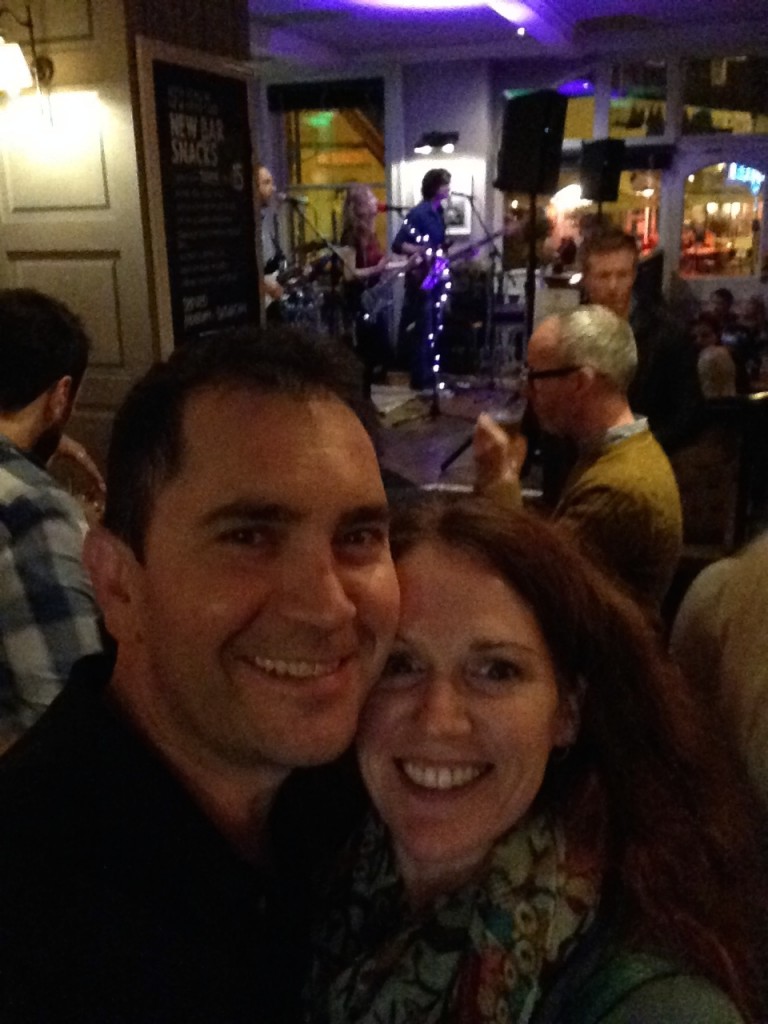 4 thoughts on “Welcome to Wimbledon, love!”